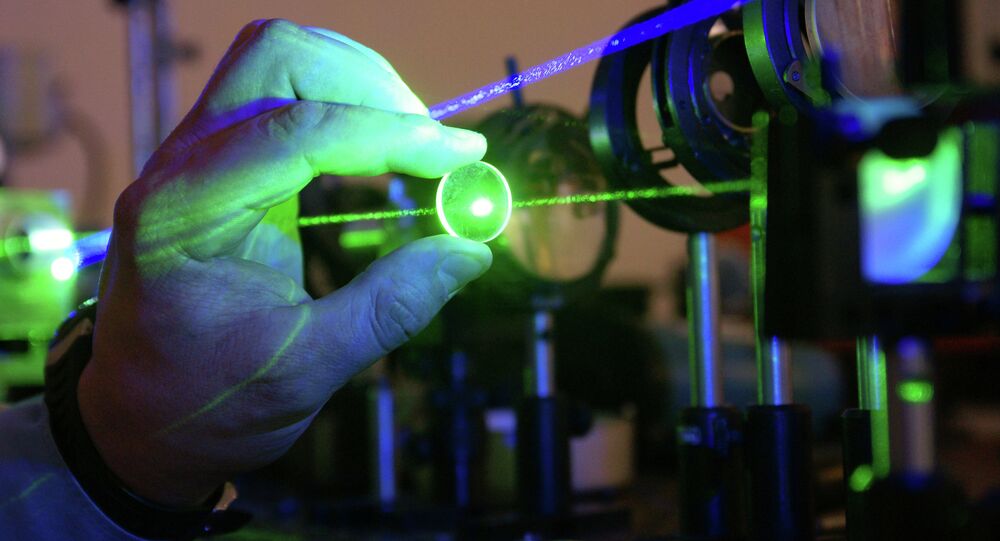 A team of Swiss and Russian physicists have developed a new microchip that can replace the use of complex laser equipment in everything from atomic clocks to telecommunications.

"A group of Russian and Swiss physicists created a chip that generates femtosecond pulses of light with a special frequency spectrum called an optical comb, that is, to do what was possible to achieve only with large and complex laser systems," the university said in a statement.

© Photo : Youtube/Ruptly TV
Russian Scientists Develop New 'Super Collider' for CERN
The femtosecond optical comb is an invention, which appeared in the late 1990s, which proved popular in a variety of areas, from telecommunication systems to laser spectroscopy and astrophysics. In 2005, the inventors, Theodor Hänsch of Germany and John Hall from the United States, received the Nobel Prize for it. A femtosecond is one millionth of one billionth of a second.


"To create such combs, lasers with mode locking were used. In this method a laser emits light; however, rather than a single frequency, as is customary to think of lasers, [it uses] several 'modes,' light rays with multiple frequencies. If these modes are synchronized, that is, their phases are tightly linked, then as a result of interference of these modes a continuous laser beam is transformed into a sequence of pulses with the spectrum of a 'comb,'" the press service added.

To create such combs Physics, Moscow State University and Russian Quantum Center suggested the use of "solitons," or compactly packed waves similar to an electromagnetic tsunami, which behave like particles.

© Sputnik / Vladimir Astapkovich
Russia Postpones Plans on Extensive Moon Exploration Until 2025
"The difference, of course, is great. If the mode-locked lasers to generate pulses use sophisticated optical devices, media and special mirrors, we get the same stable pulses in a simple passive resonators embedded in a microchip and having a size not more than 100-200 microns "- said one of the co-authors of the article, Russian Professor Faculty of Physics Mikhail Gorodetsky.

According to the scientist, the quality of the combs also changed. They are now able to reduce the duration of the pulses from 100-200 to 30 femtoseconds, which not only reduces the size, complexity and cost of generators combs, but in addition, opens up new horizons for the use of modes, "unattainable by other methods."