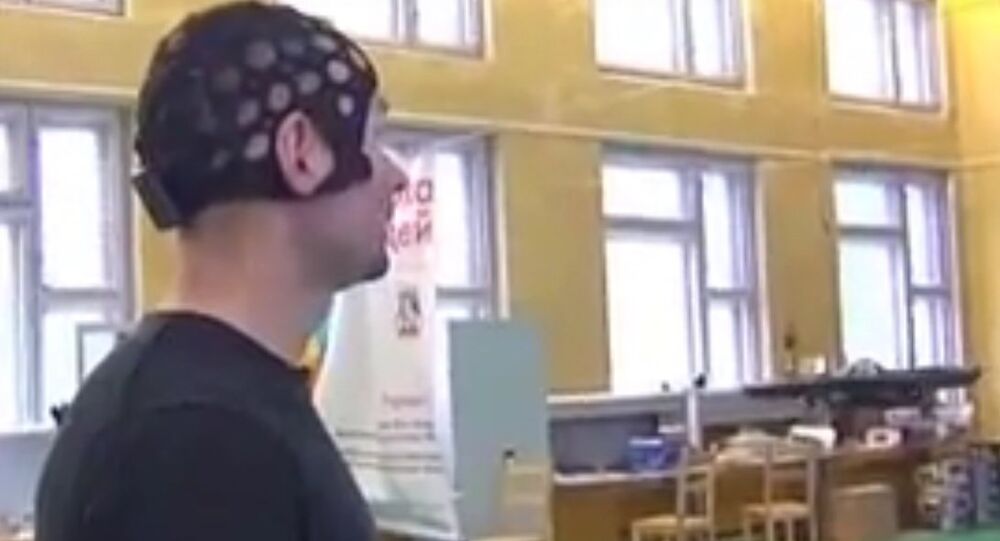 Russian scientists have developed a quadcopter that can be controlled by the power of the mind using brain impulses, according to a report from Russia’s Foundation for Advanced Research.

© Sputnik / A. Solomonov
Smart and Deadly: Russia Develops Landmine With Nano Brain
The Foundation for Advanced Research, an organization that supports research programs in the interests of national defense, financed the development of a new neuro-interface, which allows the control of a quadcopter using the power of thought.

The new product was designed by the Zelenograd-based company Neurobotics, just outside of Moscow.

The quadcopter is able to fly not only to four directions — forward, backwards, right and left — but it can also reach a specific target point, the report said.

"Commands, or ‘conditions' as we call them, are generated by the sensors on the head of an operator. The person thinks about certain actions at right moments which the system then recognizes and identifies," Neurobotics director Vladimir Konyshev explained, as cited by the report.

The new technology has a great potential in the future. It would not only help a great deal to the Russian Armed Forces on the battlefield, but its interface could also be used to help people with limited mobility, Konyshev added.

Research on an interface to connect the human brain with a computer has been carried out since the 1970s. Over the past 20 years, in particular, it has actively been developed, according to the Foundation for Advanced Research report.