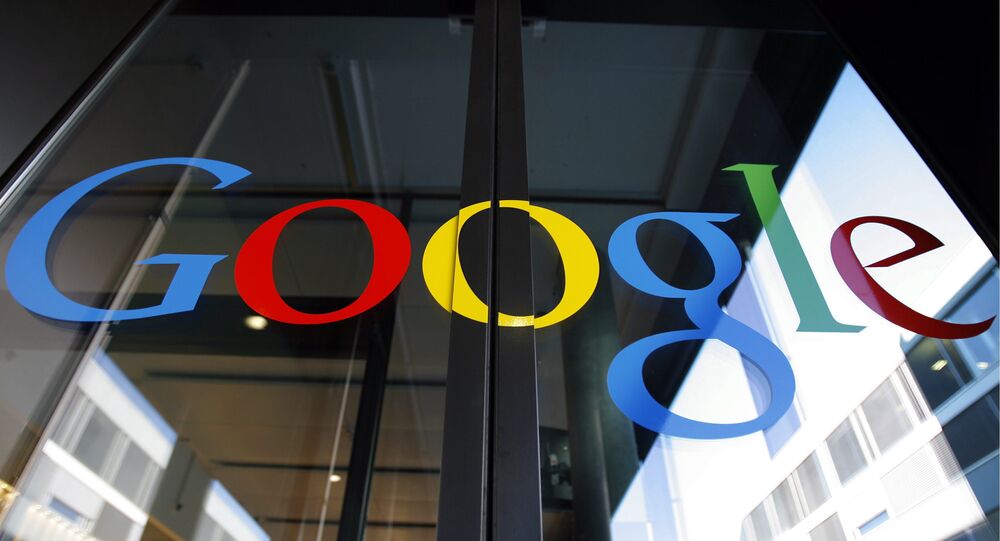 In an op-ed for the New York Times, Eric Schmidt, the Executive Chairman of Alphabet (the company which owns Google), has called for the introduction of programs and policies which would allow tech firms and law enforcement agencies to put measures in place to fight terrorism and hate speech.

Schmidt, who was CEO of Google during its meteoric ascent in 2001-2011, contends that the  power of the internet and social media tools to drive political change is immeasurable, and that while the internet has "engendered new forms of free expression, and granted access to ideas that didn't exist before", it has also brought "some serious challenges, like threats to free speech, qualms about surveillance and fears of online terrorist activity."

"We should build tools to help de-escalate tensions on social media — sort of like spell-checkers, but for hate and harassment," Schmidt said. "We should target social accounts for terrorist groups like the Islamic State, and remove videos before they spread, or help those countering terrorist messages to find their voice."

The article came out after Democratic candidate Hillary Clinton urged Silicon Valley last week to "disrupt ISIS (ISIL/Daesh)", calling the terrorist organization the "world's best recruiter". She told an audience at the Brookings Institution, a DC think tank, that doing this would necessitate "depriving jihadists of virtual territory" by cutting their means of communications. She added, "They are using websites, social media, chat rooms and other platforms to celebrate beheadings, recruit future terrorists and call for attacks. We should work with host companies to shut them down."

Schmidt, who maintains strong connections with the Obama administration and was almost tapped for the role of Commerce Secretary, is a member of the United States President's Council of Advisors on Science and Technology. However, his vision for a 'better web' isn't limited to the United States. He targets "authoritarian governments" in his op-ed for censorship while praising free expression in the form of the Arab Spring, which he heralds as a 'citizen uprising', failing to connect it with the terrorist groups he mentions elsewhere in the article.

Pixabay
Google, Microsoft, Facebook Join Anti-Radicalization EU Internet Forum
While implicitly targeting governments that restrict certain forms of free expression, he insists that the involvement of other authorities is necessary, and advocates the notion of public sector watchdogs teaming up with big business and individuals: "Without this type of leadership from government, from citizens, from tech companies, the Internet could become a vehicle for further disaggregation of poorly built societies, and the empowerment of the wrong people, and the wrong voices."

Evoking McLuhan's Understanding Media, he speaks of the internet as a medium for communication: "The people who use any technology are the ones who need to define its role in society. Technology doesn't work on its own, after all. It's just a tool. We are the ones who harness its power."

However, Schmidt goes beyond the war on terror to convey his personal belief in a need to fight for "human progress and tolerance", evoking the social changes of the late 1960's in the US.

"Intuition, compassion, creativity — these are the tools that we will use to combat violence and terror online, to drown out the hate with a broadly shared humanity that only the Web makes possible. "

Despite the strong message, the chairman didn't address the fact that the threat of global terrorism is a far graver matter than hate, envy and oppression; together, Schmidt considers these mankind's three worst traits.

Schmidt has been considered a foe by many advocates of internet freedom for a long time. In 2009, when he was still CEO of Google, the Electronic Frontier Foundation, a watchdog, reproached him for responding to a question regarding how Google treats confidential information by replying, "If you have something that you don't want anyone to know, maybe you shouldn't be doing it in the first place."

US business tycoon and top Republican Party presidential hopeful Donald Trump, who has repeatedly been accused of hate speech, joined his rivalry Hilary Clinton in proposing ways to eliminate terrorists' influence on young Americans via the web. He went as far as suggesting that maybe 'we' should consult Bill Gates about "closing the internet up in some ways.

Despite the hate speech label, Trump was less concerned about protecting US Constitutional rights or the potential for more censorship; claiming "somebody will say, 'Oh freedom of speech, freedom of speech.' These are foolish people."