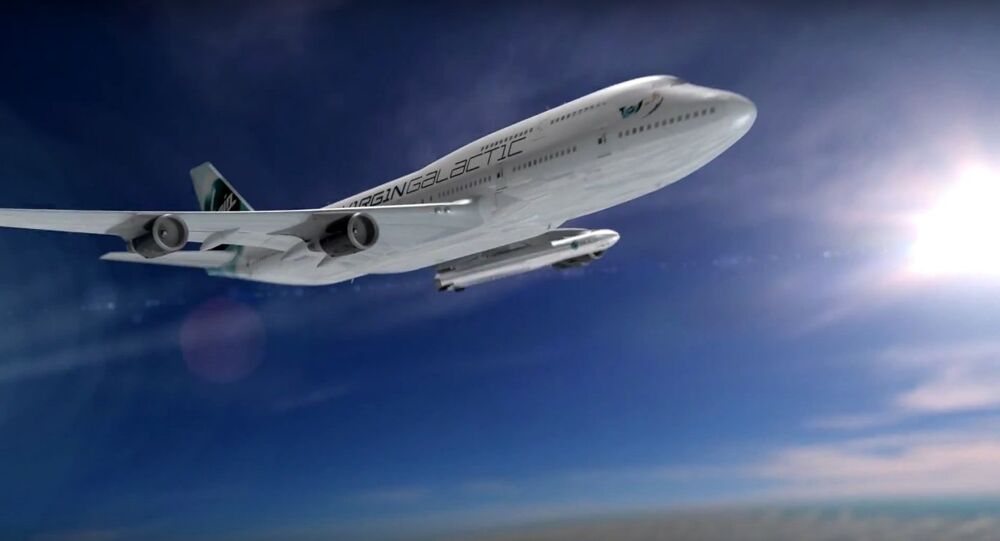 The head of multinational conglomerate Virgin Group Richard Branson aims to use an old commercial jumbo jetliner in a brand new role - as a flying pad for flinging rockets into Earth’s orbit.

© Flickr / NASA Goddard Space Flight Center
No Enemy Needed: US Jammed Its Own Satellites 261 Times This Year Alone
Virgin Galactic, a spaceflight company established by Branson, is planning to use a Boeing 747 acquired from the billionaire’s airline company as a platform for sending small satellites into space, as part of its LauncherOne system.

Under the plans, LauncherOne rockets will be mounted under the left wing of an aircraft known as Cosmic Girl, in the position that is usually used to carry a fifth engine on other jets, according to company. Cosmic Girl will take the rocket to a high altitude before hurling it into orbit.

“Air launch enables us to provide rapid, responsive service to our satellite customers on a schedule set by their business and operational needs, rather than the constraints of national launch ranges,” George Whitesides, Virgin Galactic’s chief executive officer, said in a statement.

The LauncherOne spacecraft’s capacity has been doubled to ferry payloads of over 400 kilograms to other orbits, and 200 kilogram into the standard sun-synchronous orbit, all for less than $10 million.

© Photo : US Air Force
Washington Left in the Dust: Russia Flies Strategic Space Warfare Missile
"Selecting the 747 airframe provides a dedicated platform that gives us the capacity to substantially increase our payload to orbit without increasing our prices," Whitesides added.

Branson is competing with other entrepreneurs to start the $6 billion commercial launch business that could shorten the waiting time for those who want to send cargos into space – hurling $200 million satellites nowadays can take years to realize. Launching smaller craft from planes could be a solution to that problem.

Virgin hopes to start testing LauncherOne in 2017, with a further aim of having it fully operational by 2018.

Richard Branson: UN Wants to Decriminalize Personal Use of All Drugs