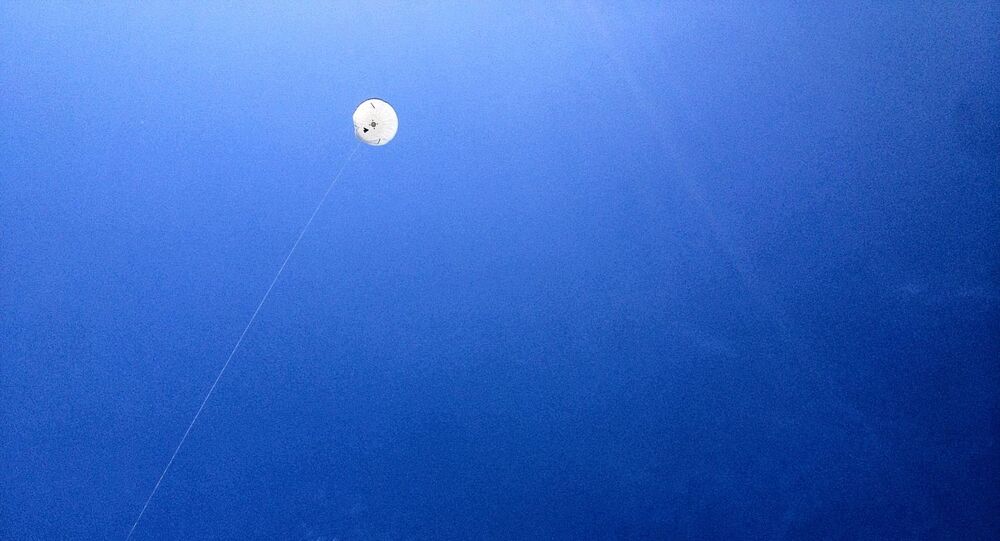 Police in the French capital are using Israeli-made surveillance balloons to provide security for the ongoing Climate Change Summit.

The SkyStart 180 aerostat is capable of operating in the air continuously for up to 72 hours, reaching altitudes of 300 m (1000 feet). It was leased by the Paris municipal police from the balloon’s producer, RT LTA, and the French company Group SSI, the Jerusalem Post reported on Tuesday.

“The need for persistent surveillance is enhanced in a high risk operational environment of hostile civilian surrounding, where enemies can operate in clandestine,” a press release on the RT LTA website reads in part. “Improvised Explosive Devices (IED) activated against military forces near their bases and attempted attacks on military camps are also threats which require constant and reliable eyes in the sky.”

© AP Photo / Iranian Revolutionary Guards
Just Google It: Info on How to Hack a Military Drone is Already Online
For its operation in the French capital, which was hit last month by a wave of deadly terror attacks, TR-STAMP (Triple Sensor LRF Stabilized Miniature Payload) surveillance equipment, also made in Israel, is being used. The payload provides tactical “over-the-hill” reconnaissance images using its triple sensor (infra-red, laser rangefinder and CCD TV) electro-optical system.

Israel is one of the world’s leading countries in robotics and unmanned aerial vehicle engineering.

Paris is hosting the 21st UN Climate Change Conference from November 30 to December 11. The conference aims to reach a legally binding agreement on climate change.

On November 13, a series of coordinated attacks at several locations in the French capital killed at least 130 people and injured over 360. The Daesh (also known as ISIL or Islamic State) extremist group claimed responsibility for the attacks. Russia has outlawed Daesh on its territory, classifying it a terrorist organization.