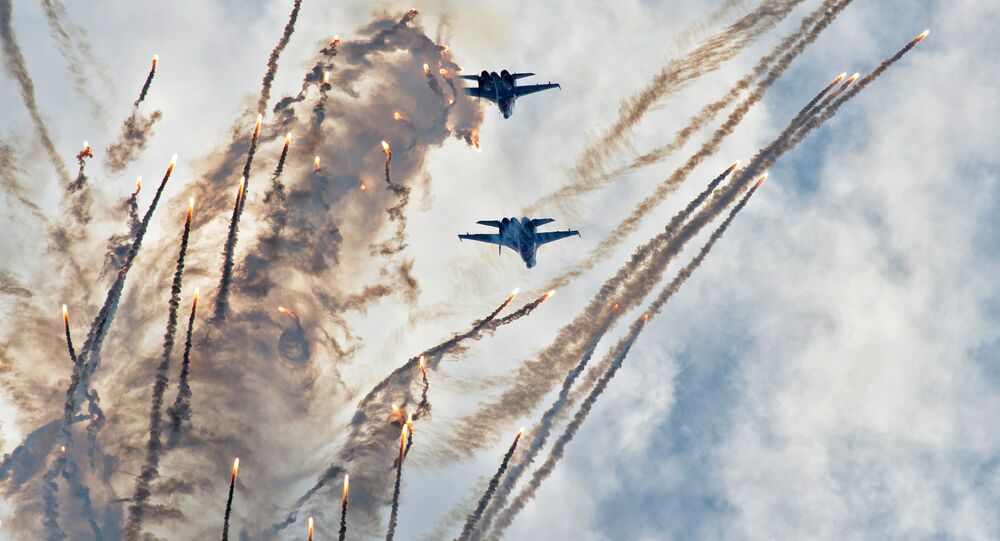 Concern Radio-Electronic Technologies (KRET), a subsidiary of the state-owned Russian corporation Rostec, has developed a new type of electronic missile jamming unit for Russia’s Armed Forces, according to RIA Novosti.

© Wikipedia
Forgotten Russian MiG Resurrected as New Chinese 5th Generation Jet?
"The jamming transmitter developed by KRET is a single-use device designed to be used by a plane or a helicopter. After the device is deployed via a standard countermeasure launching system, it begins emitting an aimed jamming signal. It is essentially a full-fledged electronic warfare complex compressed into a standard decoy cartridge," the company's press service told RIA Novosti.

Depending on the situation, the deployed countermeasure either imitates an aircraft, thus drawing away the incoming rocket, or emits a jamming signal powerful enough to prevent it from acquiring its target.

KRET is the largest radio-electronic holding in Russia; it was created in 2009 and has more than 50,000 employees. It manufactures a wide range of products, including avionics, operational and tactical systems, electronic warfare and intelligence equipment, friend-or-foe identification systems, special measuring instrumentation, plugs, electric connectors, and cable products.

Moscow’s Missile Shield Will Last for Decades to Come