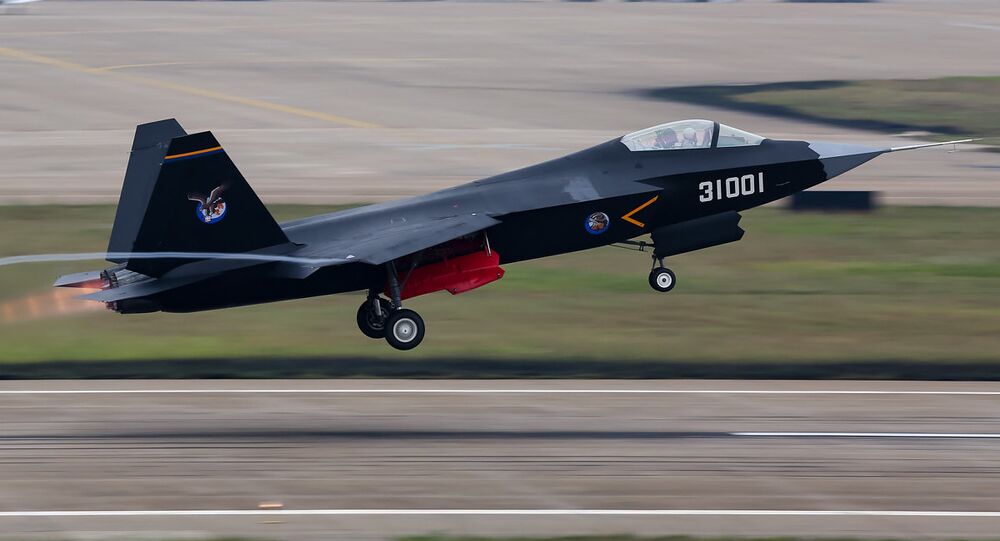 A team of researchers from China is said to have created a material that could hide the world's best war machines from the all-seeing eyes of the most powerful anti-stealth microwave radars… and they have made the technology publicly available.

© Sputnik / Valeriy Melnikov
Russia’s T-50 PAK FA '100 Percent Digital Aircraft'
Similar materials have been available for some times but the one developed at the Huazhong University of Science and Technology is ten times thinner making it possible to use it to hide anything ranging from ships to planes. Some speculate that it could be even used to construct stealth fighter jets.

The team described the material as "an ultra-thin broadband AFSS absorber with a stretching transformation (ST) pattern for use in ultrahigh-frequency (UHF) applications" in a paper released by the Journal of Applied Physics.

It does sound like a mouthful but this is how it works: microwave radars broadcast signals and use arrays of antennas to detect them as they bounce off objects. This helps radars to see what is obscured by clouds, for instance. The new material is capable of absorbing some of these signals broadcast to make an object it covers appear smaller than it actually is.

© Flickr / US Air Force
Skynet, is That You? Pentagon Pairs Machines and Soldiers to Counter Russia
The Huazhong University's material is made up of several layers and can be adjusted to absorb a range of frequencies.

"A metal slab sits on top of a layer of thin metal honeycomb, and under that is an 'active frequency selective surface material' made of a.04 mm layer of copper resistors and capacitors. Underneath all that is a circuit board with semi-conducting diodes and more capacitors," the Popular Mechanics magazine detailed.

The research paper is available in its entirety online.

In the age when stealth is considered to be one of key components needed to achieve military supremacy, any technological advances in this area will surely attract attention.

"As radar detection equipment continues to improve, our thin absorbers with broad bandwidth and working in the UHF band will be widely useful," the team wrote in the paper.