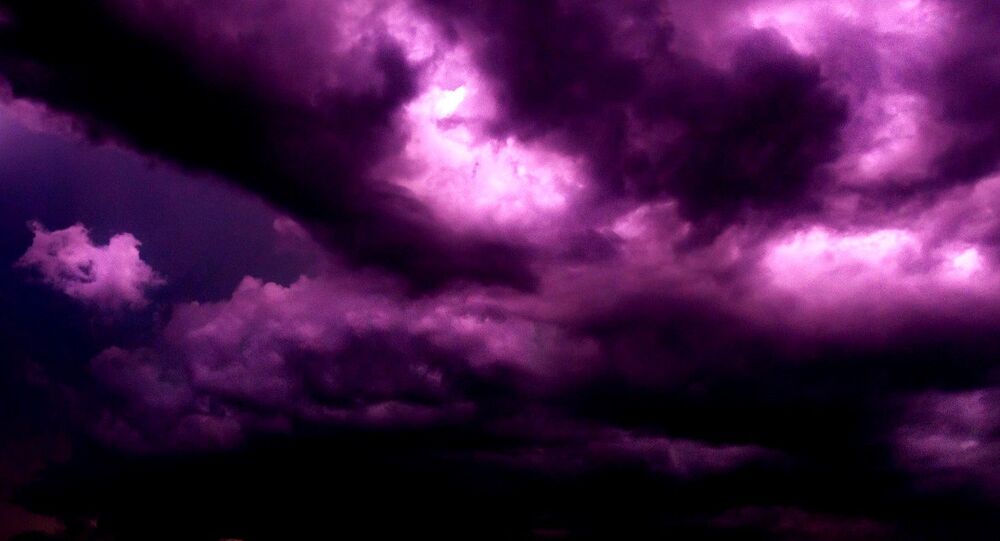 An international team of scientists have determined weather conditions on a planet beyond our solar system for the first time – it is mostly huge hurricanes and clouds of molten iron.

The planet known to astrophysicists as PSO J318.5-22 is 75 light years from Earth, drifting through space without a star, and is thought to be around 20 million years old.

A team of scientists from Edinburgh University used the European Southern Observatory’s New Technology Telescope based in Chili to study the weather systems on PSO J318.5-22.

Infra-red pictures of the planet captured as it rotated over a period of five hours revealed that it was covered in multiple layers of fiery clouds. Lead author Dr Beth Biller said:

Dr Biller and her colleagues believe that fluctuations in the density of the clouds cause changes to the brightness of the planet as it rotates.

The team were able to measure the changes because the planet does not obit a star, which like the Sun emits huge amounts of light.

It’s hoped the new findings published in the Astrophysical Journal will mean techniques can be adapted to study planets that do orbit stars in order to not only predict what the weather might be like up there – but to see if they can support life as well.

NASA Chief: We're Closer to Sending Humans on Mars Than Ever Before