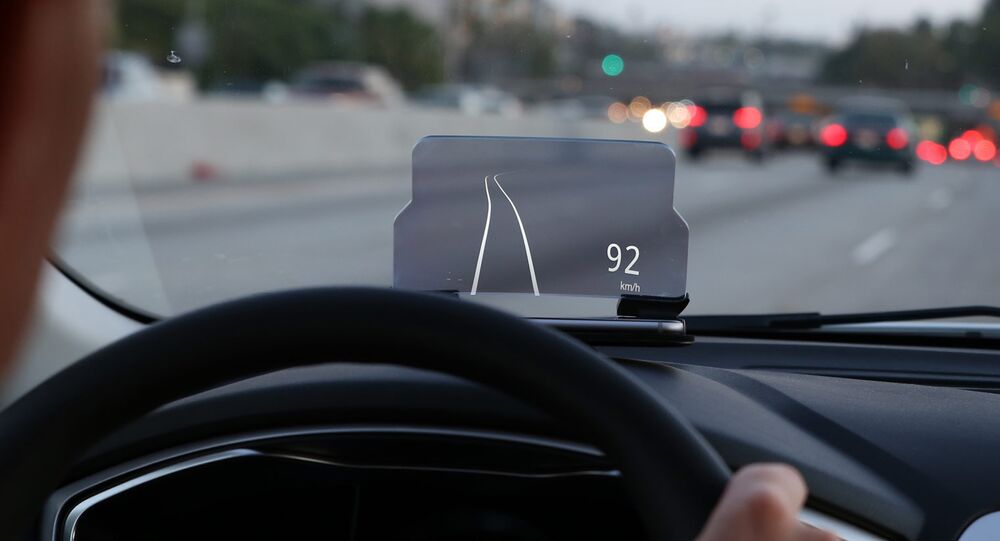 Cousins Ivan Klabukov and Aleksey Ostanin got the idea when they were driving at night in poor conditions along a dangerous highway.

KAMAZ
Cross Country Truckin': Russian Driverless Trucks to Tour European Russia, Then Europe and Asia
Cousins from the Russian city of Perm have come up with a simple invention to help drivers navigate in poor visibility, potentially saving countless lives.

"As always, the idea arose in response to a practical problem that we are always faced with," one of the inventors of the glass, Ivan Klabukov, told RegNews.

Klabukov and his cousin Aleksey Ostanin explained that they often had to drive at night along a tricky highway between Izhevsk to Perm.

"The road is narrow, dark and windy. With your headlights, you can only see 50 to 100 meters in front of you, it’s very dangerous. My cousins and I had been thinking for a long time about how to project an image onto the windshield that would make navigation easier in poor visibility – taking your eyes off the road in such a situation to look at a map on the screen of a phone is even more dangerous, your eyes should always be on the road," said Klabukov.

"On one such trip, I was talking on the phone and after I had finished I put the phone, screen side up, on the dashboard. We noticed that the screen ideally reflected off the windshield. Here everything came together, and we decided to make a mobile application with this kind of function."

The cousins run their own IT company called 'Russian Information Technology,' and made a mobile application called 'HUDWAY,' which is available for free in both the Apple AppStore and Google Play Market.

© Photo : SvetlanaYa
Pigeon Provokes Triple Traffic Accident
In addition to the mobile application, the cousins negotiated with a Taiwanese manufacturer to produce transparent glass that sticks to the windshield. After downloading the application, users can use their phone to project a map onto the glass, and use it to navigate without taking their eyes away from the road. Because it is transparent, the glass does not obscure the driver's view of the road.

Klabukov and Ostanin then took to the Kickstarter crowdfunding platform in order to raise money to build their invention, called 'HUDWAY Glass,' on a grander scale. In ten days, they had received $220,000 in funding, and had 3500 orders from across the world.

The advantage of their invention lies in its simplicity, requiring the driver to only adhere the glass to the windshield, and download the application, said Klabukov. Though special equipment exists to actually project a map onto a car windshield, it is expensive and difficult to achieve.

"We took a different approach – we made a simple, accessible accessory, without electrical components, that can be quickly and simply produced."