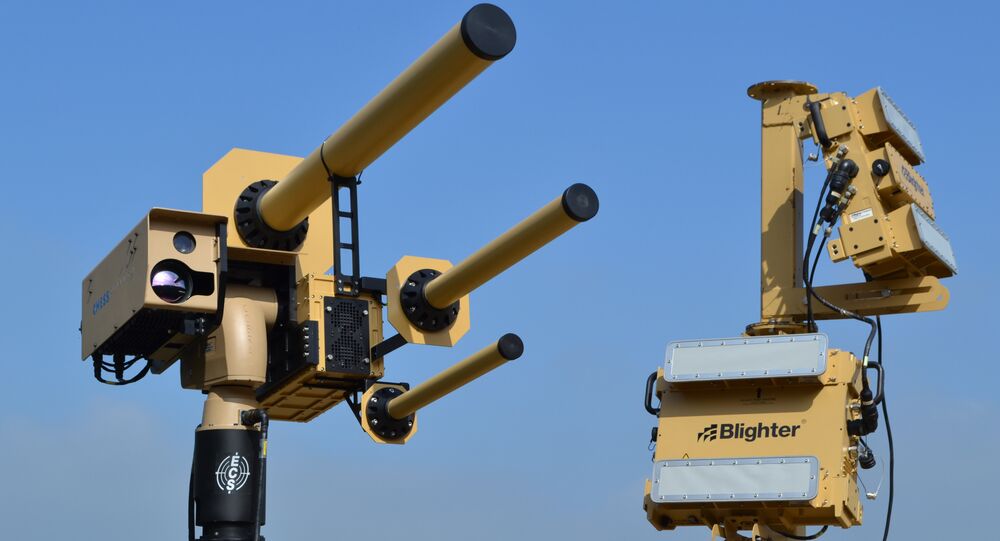 British engineers have developed a state-of-the-art anti-drone system capable of downing unmanned aerial vehicles from up to a mile away.

“If I can see it, I can kill it,” said Rick Sondag, executive vice-president of Liteye Systems, the distributor of the “radio cannon” in the US.

Swarms of commercial drones taking to the skies — sometimes in restricted zones — have sparked a wave of interest in such drone-killer systems. Liteye is primarily targeting security companies and law enforcement bodies with its product, according to the Guardian.

“The US government, like everyone else, has critical infrastructure and if they don’t feel like they can protect it, they’ll pass laws that will hamper progress and hamper current use,” Sondag said.

The Auds system consists of two boxes atop two posts. It uses radio antennas to bring down UAVs with a brief focused broadcast, which doesn’t significantly affect other devices using radio waves nearby.

Before disrupting a drone, Auds detects it with the help of its electronic-scanning radar (stationed on the second post, separated from the “cannon”), and then monitors it through a video channel, using an electro-optical system attached to the left of the “cannon.”

Liteye’s is not the first drone-killer debut of 2015. Boeing earlier presented a High Energy Laser Mobile Demonstrator designed for the US Army, capable of burning holes through recreational drones with a two-kilowatt infrared laser beam in as little as two seconds. Unlike Boeing’s laser gun, Auds presents a more delicate solution for the UAV problem.

2015 has seen some pretty epic drone fails. In late January, a recreational drone landed on the lawn of the White House in Washington, DC. In April, a drone crashed in an attempt to deliver drugs, tobacco and a smartphone over the walls of a prison in South Carolina. And August saw a record number of close encounters with passenger jets in the US.

But UAVs aren’t just causing problems at airports and on the White House lawn. Commercial drones could increasingly be weaponized to carry out chemical, biological or kamikaze-style attacks, according to a Center for a New American Security report published in June.

Drone Brought Down by a Basketball