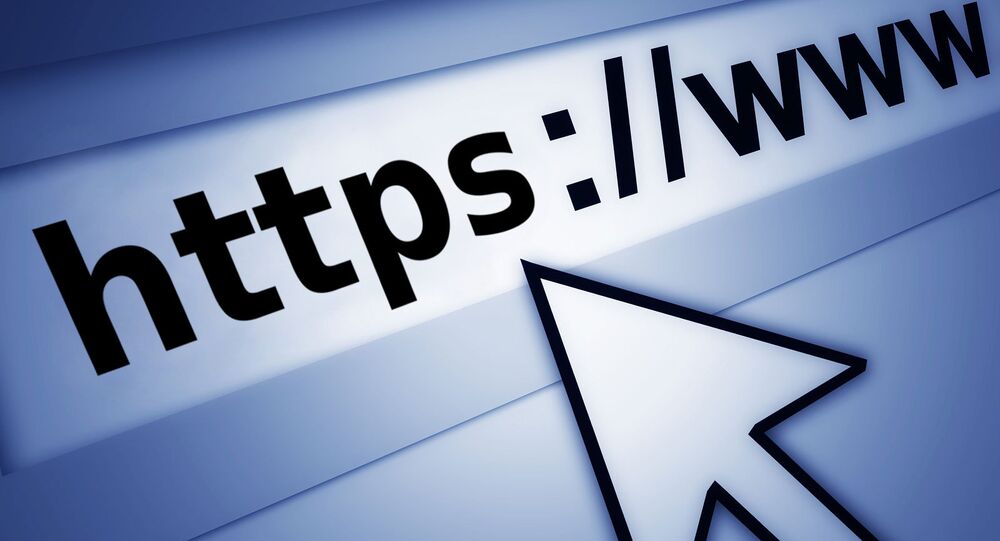 Wikipedia founder Jimmy Wales said that using https by default is the only option for users to secure their private information.

MOSCOW (Sputnik) – Using a secure https connection is the only way for users to ensure their privacy on the internet, as the government can otherwise access user data, Wikipedia founder Jimmy Wales said on Wednesday.

"It is the moral thing to do," Wales said at IP Expo in London, as quoted by the ComputerWeekly.com portal, referring to built-in security for websites.

"Using https by default is the only option for users. If you are not secure, you allow the administration to look at user data," the Wikipedia founder said.

© AFP 2021 / LIONEL BONAVENTURE
Why We Blocked Wikipedia for a Day – Russian Telecoms Watchdog Boss
Wales slammed UK Prime Minister David Cameron’s propositions on surveillance, which require telecommunication providers to retain information on their clients' communications for 12 months and to make it available to the authorities upon request, calling them "not feasible and it is completely moronic and stupid."

According to Wales, after Edward Snowden’s 2013 revelations of government surveillance people began to understand the need to be safe online.

In 2013, US whistleblower and former contractor for the US National Security Agency (NSA) Edward Snowden leaked documents revealing the use of mass surveillance by the NSA to gather the personal data of US and European citizens, as well as some heads of state in Europe.