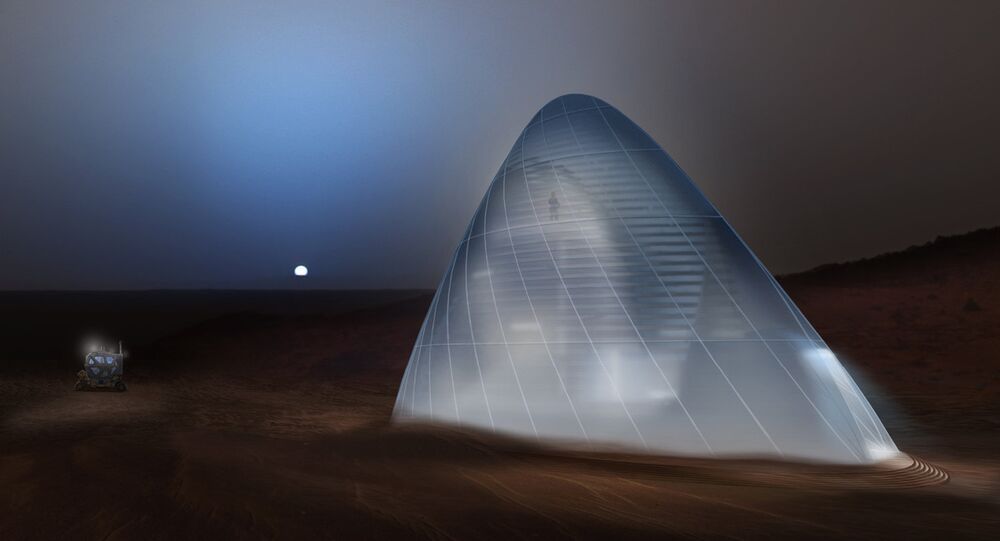 The contest, held by NASA, generated many ingenious architectural concepts of what housing on Mars might look like.

© Flickr / Cyril Rana
Alien Threat: Mars Water Means Space Microbes May Pose Real Danger to Earth
A 3D-printed igloo has emerged as the winner from a competition to develop the best design for a house on Mars, which could be constructed on the red planet using 3D printing.

The design is called 'Mars Ice House,' and was entered into the competition by Team Space Exploration Architecture and Clouds Architecture Office, who also came up with a plan for the launch and landing of the equipment needed to construct the house.

During the course of landing, "retro-propulsion will blow off the thin upper layer of loose regolith, exposing the subsurface ice and causing it to sublimate, thereby leaving a crater in its wake and eliminating the need for excavation prior to printing a structural foundation," explain the designers, who got their idea from the 2008 landing of the Mars Phoenix space probe, whose descent thrusters dispersed overlying soil and exposed subsurface ice underneath.

© Flickr / Kevin Gill
Terraforming the Red Planet: Nuclear Blasts Could Warm Mars for Humans?
After that, the Mars lander will drop bots to mine subsurface ice and begin to print a foundation for the habitat.

"The potential of 3D printing with in-situ materials on Mars is significant in that we may be able to build structures without bringing heavy equipment, supplies, materials, and structures from Earth," explain the design team, who won a $25,000 prize for their efforts.

© Photo : marsicehouse.com
Mars Ice House
The winning design was one of 165 submitted to the contest, the first stage of NASA's 3-D Printed Habitat Challenge Design Competitions.

The competition aims to encourage designers to come up with the concepts and the technology for the additive manufacturing of habitats on Mars, elsewhere in space, or on Earth, using materials indigenous to the local area, with the possible addition of recyclable materials.

Second place in the Mars competition was won by Team Gamma, who won $15,000 for their design, a habitat made of rock, built round an inflatable hub. In third place was the LavaHive team, who proposed a novel ‘lava-casting’ technique, which would construct the house from basaltic lava.