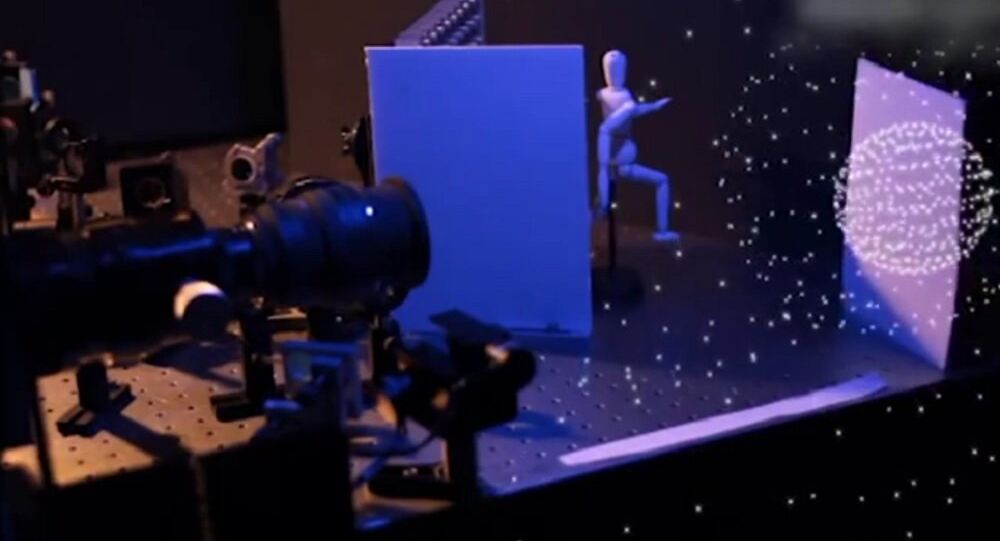 Crimean company EMIIA presented a device that can “see” through walls and depict moving objects in a real-time mode.

“The technology can scan the movement of people, animals and other things at a distance of 50 meters depending on the character of walls and obstacles. The principle is based on the Doppler effect, registering the distortion of a radio wave during the movement of objects,” the company’s CEO said.

The working prototype, demonstrated in Sevastopol, comprises a scanning device and two computers which receive the signal, decode and visualize it on the screen.

“Our task now is to transfer this technology to mobile devices. In the future it can look like a tablet computer or a soldier’s helmet. It can be installed on UAVs and send data to [people on] the ground. This technology will be able to replace emergency sensors and security mechanisms,” CEO Vladimir Starostin elaborated.

© Photo : Rostec
Eye in the Sky: Russian Drones to See the Invisible
The company expects to receive additional funding in 2016 and commence commercial production of the through-wall-seeing devices in 2017.

In August 2015 the same technology was realized by UK researchers who managed to track moving objects behind a 25-centimeter-thick wall. The US military displayed a keen interest in the technology, as it can be applied to check unknown rooms and help better control hostage situations.