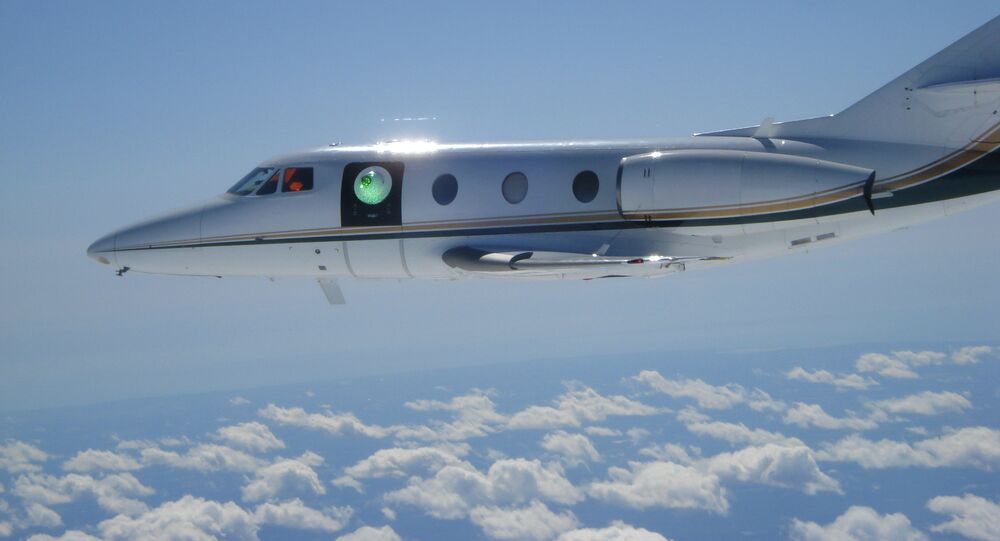 The head of US Air Force Special Operations Command has told manufacturers of military aeronautics that he wants to see airborne laser weapon capability by the end of the decade.

© Sputnik / Yuri Streletc
Cutting-Edge Laser Systems to be Displayed at Russia’s Military Super Show
The head of US Air Force Special Operations Command has shared his vision for his dream warship, which will boast a laser weapon capable of disabling moving targets such as missiles and drones, and able to "burn a beer-can sized hole" in stationary targets such as communications towers, boats, cars and aircraft.

Speaking at the Air and Space Conference near Washington DC last week, US Lieutenant General Bradley Heithold told delegates that first of all he wants to see a 120 kilowatt laser on the AC-130 gunship, a heavily armed ground-attack aircraft variant of the Lockheed C-130 Hercules transport plane.

© Photo : Lockheed Martin
Lockheed Martin ATHENA laser weapon system defeats a truck target by disabling the engine, demonstrating its military effectiveness against enemy ground vehicles
"I can carve out the weight" from the gunship, said Heithold, who estimated the load to be about 5000 pounds [2268 kg].

"I've got the space and the weight and the power … I've got enough fuel."

"Now we got to put in a beam director and I think the industry – if we get the right teammates together – can put that capability on an AC-130."

© AFP 2020 / US AIR FORCE
This US Air Force file photo obtained 07 March 2002 shows an Air Force AC-130 gunship on a training exercise
"The second is now to be able to use that high-energy laser in an offensive role against hardened targets," said the general, who wants manufacturers to put the technology at his disposal by 2020.

According to Heithold, a retired AC-130W Stinger II gunship is currently being used to develop and test the technology.

The development of a laser gunship would allow the Air Force to keep step with colleagues in the US Navy, who last year put a 30 kilowatt laser weapon on the USS Ponce, which operates in the Persian Gulf.