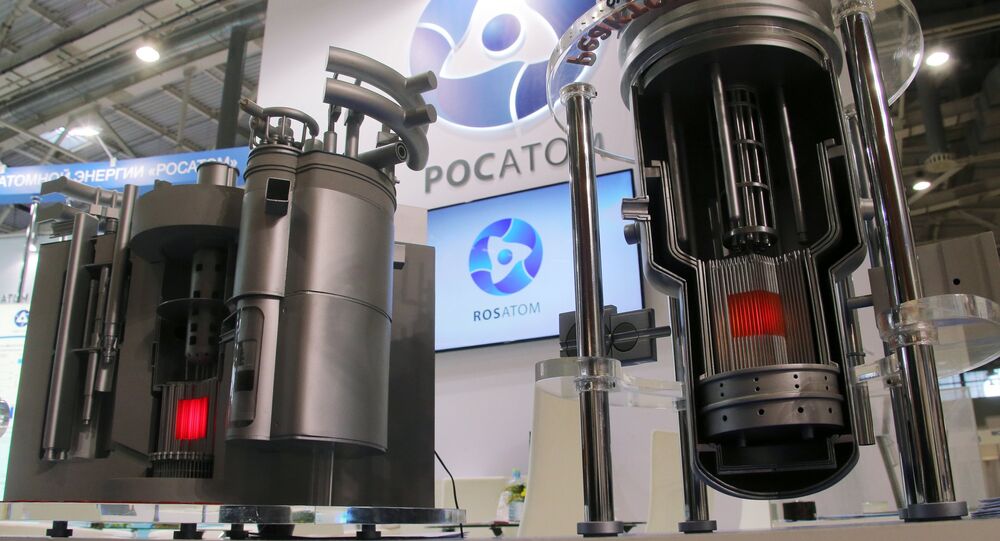 The construction of the world's most powerful MBIR multipurpose fast neutron research reactor officially started in the Russian city of Dimitrovgrad on Friday.

Twitter
Rosatom to Set Worldwide Roadshow of World’s Largest Fast Neutron Reactor
DIMITROVGRAD (Sputnik) – The Russian State Scientific Center Research Institute of Atomic Reactors has given a site on its territory for the MBIR, which is expected to be put into operation by 2020.

The MBIR will be the most powerful among all existing and planned research reactors in the world. The heat capacity of the new reactor, which will primarily use sodium as a coolant, will be about 150 megawatts.

Unlike today's reactors, which slows down neutrons, the new reactor will allow them to run fast, producing much less waste and potentially breeding new fuel in the process.

The unique characteristics of the MBIR will enable it to solve a wide range of research tasks in support of the creation of new, competitive and safe nuclear power plants, including fast neutron reactors that would close the nuclear fuel cycle.

The reactor will be used in the production of radioisotopes for various purposes, and to carry out research for medical purposes.