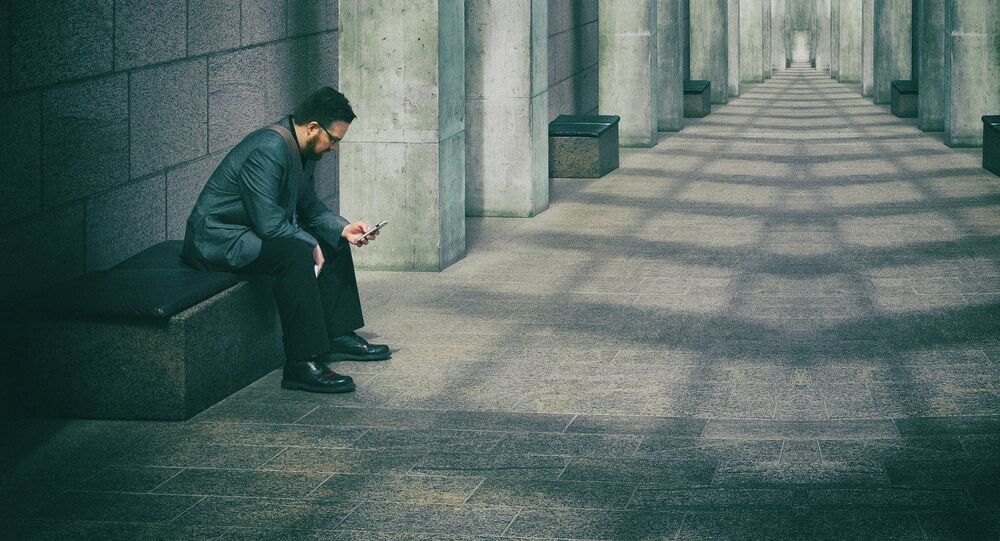 People who can't live without constantly scrolling through social media feeds on their mobile phones have serious problems with paying attention to what's happening around them, according to a new study.

© Flickr / Luis
What's Up With WhatsApp? 'Private' Chats Not So Private After All
A researcher from Leicester's De Montfort University, Dr. Lee Hadlington, conducted an unusual study: "Cognitive failures in daily life: Exploring the link with Internet addiction and problematic mobile phone use", which showed that people who easily get lost in internet "browsing loops" are more predisposed to what he terms cognitive failures.

Nowadays people stay connected to the internet when they leave home, and their smartphones and tablets are just as or even more convenient than desktop computers. That means we have no rest from endless Twitter or Facebook feeds, even in the subway or on a bus.

Scrolling through social media sites may seem like a useful means of killing time, but it turns out that high level of mobile internet activity damages our cognitive abilities, or at least the study suggests so.

Basically, high-frequency internet users get distracted more easily even when they are not surfing in the web. For instance, they demonstrate a tendency to miss important appointments or even forget why they have just moved from one room to another.

It is not all about internet access though, as frequent users of mobile phones demonstrate the same general absent-mindedness.

No such study was conducted before, though Dr. Hadlington considers this a very important area that deserves deeper research.

"We are using technology on a daily basis but we don’t understand its effect on us," the academic said.

© AP Photo / Mark Lennihan
OK, Google? Apple Has Almost Developed Self-Driving Car
It is uncertain, though, if the mobile phone-addicts are more distracted due to their increasing internet activity that makes them jittery, or vice versa – that they get lost in web reality because they’ve always had difficulties with attention management. Dr. Hadlington supposes that it is kind of both.

"We don't know what's actually happening to our cognition when we are using this technology and that’s the important thing. What we do know from this research is that there are some statistically significant numbers of people who say they use the internet or their phone a lot and who experience cognitive failures," the scholar explained.

According to an article published on Monday in The Independent, Dr. Hadlington’s study "asked people a series of questions to determine whether they experienced certain types of "blunders" – defined as factors relating to their ability to focus, physical blunders such as bumping into things, and memory."

107 men and 103 women between the ages of 18 and 65 who spent an average of 22.95 hours a week online participated in the study, which was published in the journal Computers in Human Behaviour.