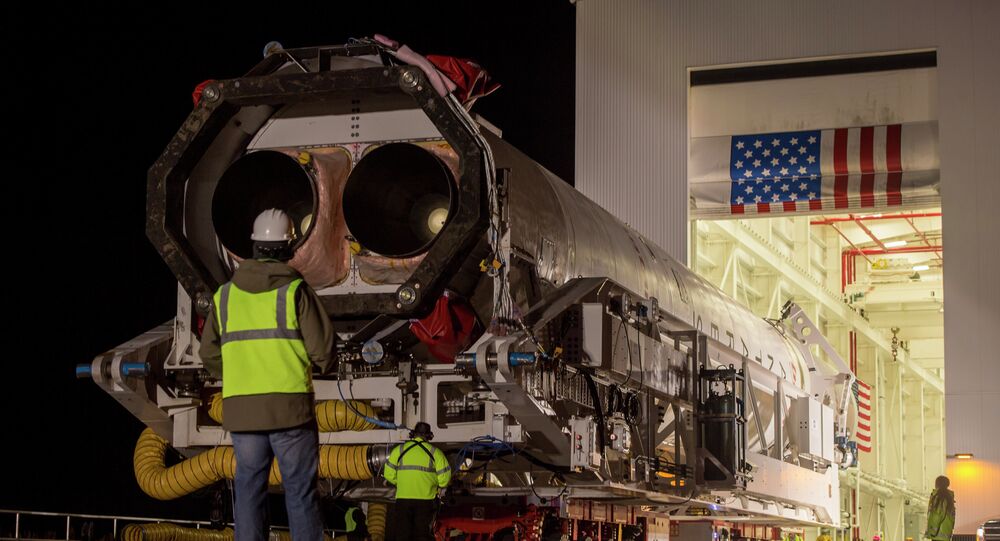 The American satellite and rocket builder Orbital ATK Corporation is set to receive a second shipment of Russian-made RD-181 rocket engines for its Antares launcher in late fall.

© AP Photo / Bill Ingalls
Russia Delivers First Two RD-181 Rocket Engines Under $1Bln Contract to US
“Now when the first shipment has already come in and the second is expected later in autumn, the Antares is strictly keeping up with its schedule of flight resuming in the beginning of 2016,” Scott Lehr, a senior company representative told RIA Novosti.

The Russian engines will considerably increase the lift capacity of the launcher.

The first two engines have already been delivered to the US earlier this summer.

In January, Russian rocket producer Energiya signed a $1 billion contract with US Orbital Sciences Corporation for the delivery of 60 RD-181 engines. The contract also specifies a range of included services such as flight training, the installation of the engine on the rocket and engine tests.

© AP Photo / NASA, Bill Ingalls
Russia, US Sign $1Bln Contract on RD-181 Rocket Engine Deliveries
In the fourth quarter of 2015 the Orbital is scheduled to launch its first rocket since its failed October 2014 launch, it has the option to launch a second Atlas V in 2016 if needed.

In October, the Antares rocket, which was supposed to deliver over two tons of cargo to the ISS, exploded six seconds after blasting off from the Wallops Flight Facility in Virginia.