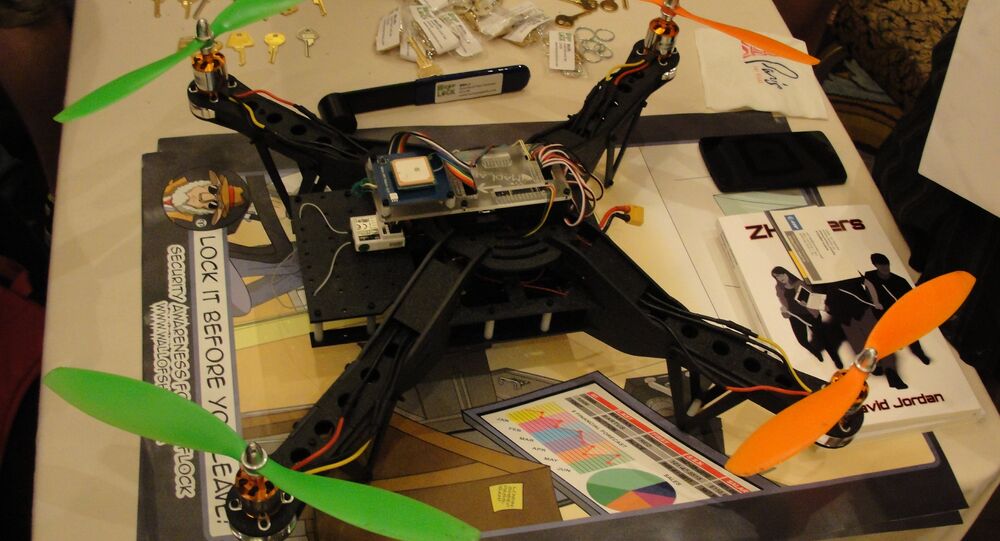 A drone capable of cracking wireless networks at close range was presented Sunday at the notorious Def Con hacker conference in Las Vegas.

Sysadmins shouldn't listen to Defcon news. It will just make you sad.

"There has never been this capability before," Aerial Assault’s David Jordan told AFP.

© Flickr / Michael Baird
The Same Ol’ Story: Russia Blamed for Pentagon Hack, Once Again, Without Evidence
The weapon itself is specially targeted software that enables it search and identify any network vulnerabilities, which can be used to gain access into loosely secured data, whether commercial or personal, exchanged through network channels.

The drone is able to fly and scan for unsecured wireless connections into networks, Jordan commented. It can also transfer GPS coordinates and other information from a targeted object back to its operation base.

The suggested price for the hacker drone is $2,500.

Kids learning to hack for good @_defcon_ . This is too cute. #defcon pic.twitter.com/Yb7D4BsoNI

A reported General Motors car system hack last week came on the heels of news that a 2015 Jeep Cherokee was easily taken under remote control using its cellular connection by IT security techs.

Gotta love the tagline for @SamyKamkar's car hacking talk today at #DEFCON: "Gentlemen, start your engines. And other people’s engines."

DefCon 2015: Never Feel Safe About Anything Ever Again, Sell Everything, Move To A Cave catchy theme this year.