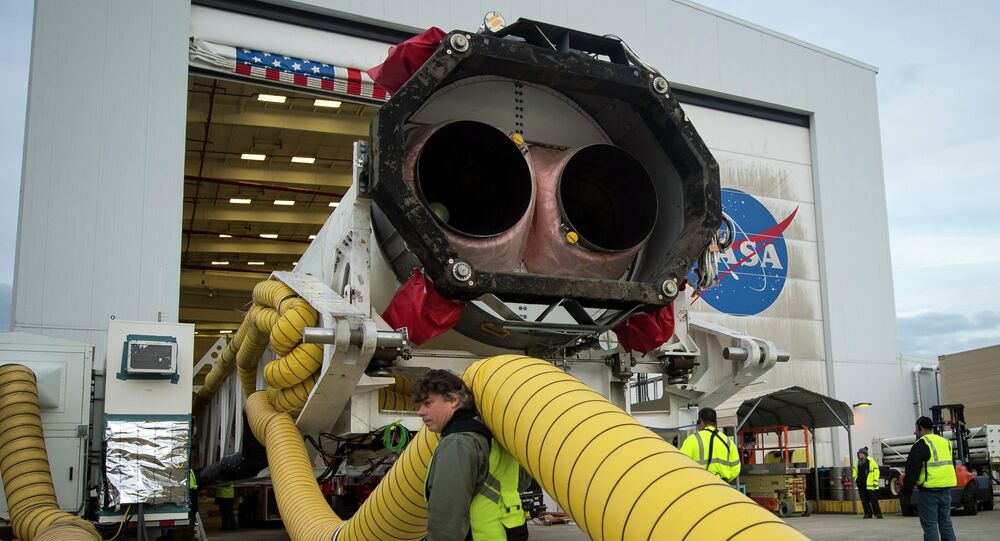 Russia has shipped two RD-181 rocket engines to the US under a $1 billion contract with US Orbital Sciences Corporation for the delivery of 60 engines for its Antares launcher.

© AP Photo / NASA, Bill Ingalls
Russia, US Sign $1Bln Contract on RD-181 Rocket Engine Deliveries
“On July 16 the first two engines were delivered to the US,” the statement of the press service of the Russian rocket producer Energiya read, adding that the date of supply of the next consignment hasn’t been revealed.

In January, Russian rocket producer Energiya signed a $1 billion contract with US Orbital Sciences Corporation, which includes a provision specifying a range of included services such as flight training, the installation of the engine on the rocket and engine tests.

The contract, which took Energia three years to prepare, envisages that the company’s cooperation will last 15 to 25 years.

© AP Photo / NASA, Joel Kowsky
Russia-US Space Cooperation May Fall Victim to Politics, Russian Scientist Says
Back in December, Orbital said that they had looked at several other propulsion providers, but decided to use the RD-181 engines because the Russia-designed engine offered "the best combination of schedule availability, technical performance and cost parameters as compared to other possible options."

This is the second large-scale deal Energomash (a subsidiary of Energiya) has made with a US company. In the late 1990s, the company won a contract with United Launch Alliance to supply RD-180 engines for Atlas rockets. This contract was also valued at about $1 billion, and is still being fulfilled.