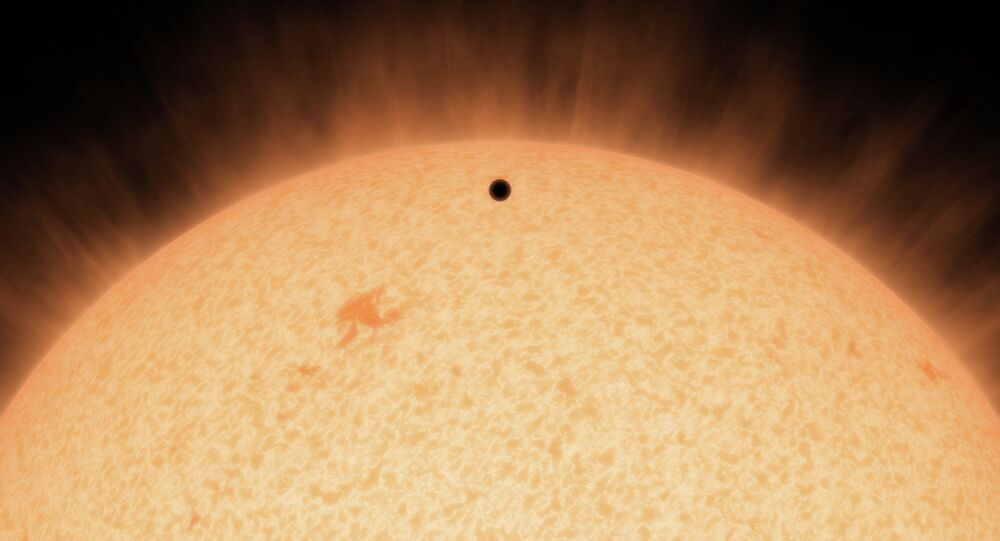 The US National Aeronautics and Space Administration (NASA) has confirmed the discovery of an exoplanet, near the apparent location of the Cassiopeia constellation, that is the closest non-gaseous extra-solar planet found to date.

NASA
Home Away From Home? NASA Says They’ve Discovered ‘Earth 2.0’
MOSCOW (Sputnik) — According to a NASA press release published on Thursday, the exoplanet HD 219134b is about 21 light-years away. Initially identified by the Galileo Telescope in the Canary Islands, the planet is deemed unsuitable for life as it orbits too close to its star.

The planet is thought to have a rocky surface with geological activity, including volcanoes, the press release said.

Astronomers using data from the Spitzer Space Telescope classify the discovery as a 'super-Earth,' saying the planet is estimated to be 1.6 times larger and 4.5 times heavier than Earth.

© NASA
NASA Developing Enormous Rocket That Could One Day Launch Flight to Europa
The scientists confirmed the existence of the planet by its transits of the star. They expect to soon identify the "next-door neighbor" planet's composition and a presence of atmosphere.

According to the press release, such planets are "worth their weight in gold," as they are uniquely positioned for extensive research. Astronomers suggest that the planet will be closely studied in upcoming decades.

Earlier in July, NASA reported the discovery of a near-Earth-size planet orbiting in the habitable zone of a star similar to the Sun.