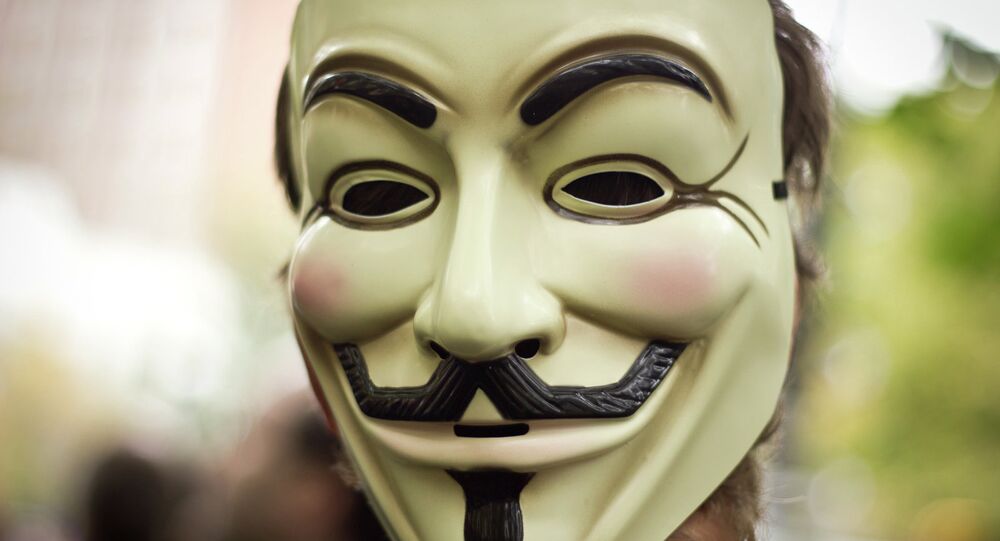 In retaliation for the police shooting death of an Anonymous member, the hacking group has released a document which brings to light the shadowy practices of the Canadian intelligence service to light. And they promise there’s more to come.

Earlier this month, a group of protesters demonstrated against a hydroelectric project planned along the Peace River in British Columbia. During a clash with local police, an individual wearing the iconic Guy Fawkes mask was shot in killed. That individual was later identified as 48-year-old James Daniel McIntyre, and according to the hacking group Anonymous, he was among their ranks.

"Anonymous will not stand idly by while our own are cut down in mask," read a statement given to the National Post by the hackers. "If we do not receive justice, rest assured there will be revenge."

As authorities have so far failed to arrest the officer responsible for McIntyre’s death, the group appears to have made good on its word. Anonymous has provided a classified document stolen from the servers of the Canadian Security Intelligence Service to the Post.

"We are now privy to many of Stephen Harper’s most cherished secrets," an Anonymous spokesman said. "We will be releasing stunning secrets at irregular intervals."

And the initial unveiling already involves a bombshell.

Officially, CSIS maintains three foreign stations outside of Canada, all in the capital cities of major allies. With offices in Washington DC, London, and Paris, CSIS "collects and analyzes information and intelligence that may constitute threats to the security of Canada from across Canada and overseas," according to the document, allegedly from the Treasury Board of Canada.

But also included are detailed financial records used by the agency which show that Canadian intelligence operates far more than foreign stations than they’ve acknowledged. With approximately 70 staff at each location, the government maintains 25 offices worldwide, most in "developing countries and/or unstable environments."

Even more embarrassing is the fact that these heretofore secret stations are grossly outdated.

"The tools to access and process intelligence information from these foreign stations have not been updated since the Service’s foreign collection activities began in the mid-1980s," the document reads.

It goes on to say CSIS needs an extra $20,626,549 in order to extend the agency’s "secure corporate network" to those 25 stations.

"We do not comment on leaked documents and we continue to monitor this situation closely," Jeremy Laurin, a spokesman for Public Safety Minister Steve Blaney, told the Post regarding the leak.

Ray Boisvert, a former assistant director with CSIS, confirmed with the National Post that while the inner workings of the agency remain unknown to the public, it has nevertheless transformed into "a global powerhouse."

He stressed that the Canadian government’s foreign operations are conducted with the cooperation of host countries, and also noted that Anonymous’ ability to allegedly breach the government networks was more troubling than the document itself.

Still, the hacking group claims that the released document is only one of many, and it plans to continue leaking information until the guilty police officer is apprehended.

"Disagree with our tactics?" an Anonymous spokesman told the Post during an interview via encrypted channels. "Show us a better way to get there."