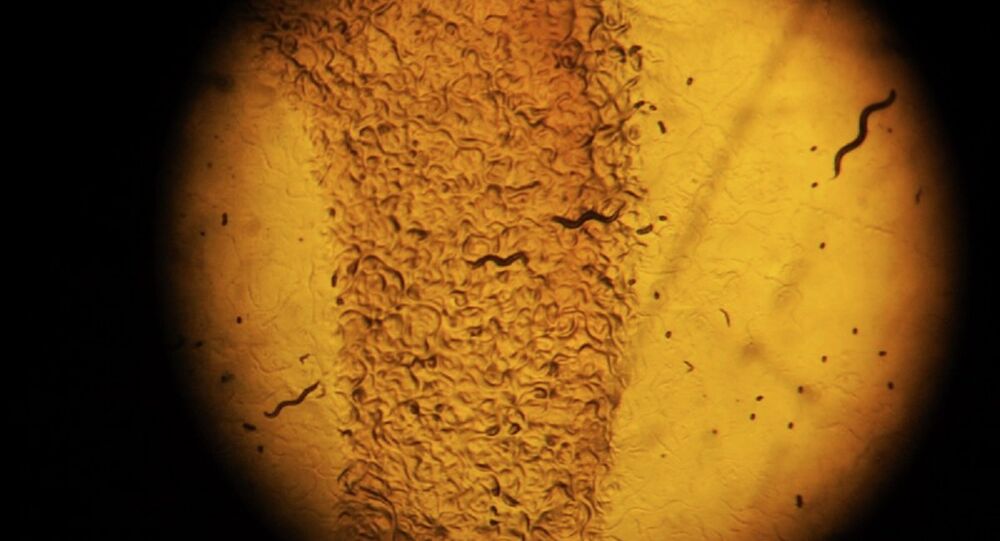 A new study, conducted by researchers from Northwestern University in Illinois, has revealed that a simple genetic "switch" may be the key to the solving the mystery of aging.

© Flickr / Erich Ferdinand
As Good as New: ‘Bio-Cement’ Will Regenerate Bones!
Caenorhabditis elegans, the roundworm, is a deceptively simple animal, and yet one of some notoriety: it was the first creature to have its genome sequenced and to have all of its neural connections mapped. By exploring this worm, Richard I. Morimoto and his fellow researchers were able to find a certain genetic marker that turns on the aging process.

According to the study, the turning point coincides with the moment the worm reaches reproductive maturity, eight hours into its lifetime.

The "master switch" instantly turns off the quality control machinery, making cells less resistant to stress and hindering the protection of vital proteins. This, in its turn, influences the duration of its life and how diseases develop.

What these findings show is that those who have linked aging to a number of different factors which should be dealt in tandem in order to control longevity were probably wrong. Quitting smoking will certainly help you improve your health, but no matter what you do, a simple flip of the switch may be in charge of your lifespan.

"C. elegans has told us that aging is not a continuum of various events, which a lot of people thought it was," Morimoto said in a press release. "All these stress pathways that insure robustness of tissue function are essential for life, so it was unexpected that a genetic switch is literally thrown eight hours into adulthood, leading to the simultaneous repression of the heat shock response and other cell stress responses."

Morimoto and his colleague Veena Prahlad experimented by flipping the switch back: reducing the signal from the brain that repressed the heat shock response. The result was heat shock proteins returned and the number of accumulated proteins fell.

What is most important, a similar genetic "switch" applies to all animals and the research could have vast implications for human longevity studies.