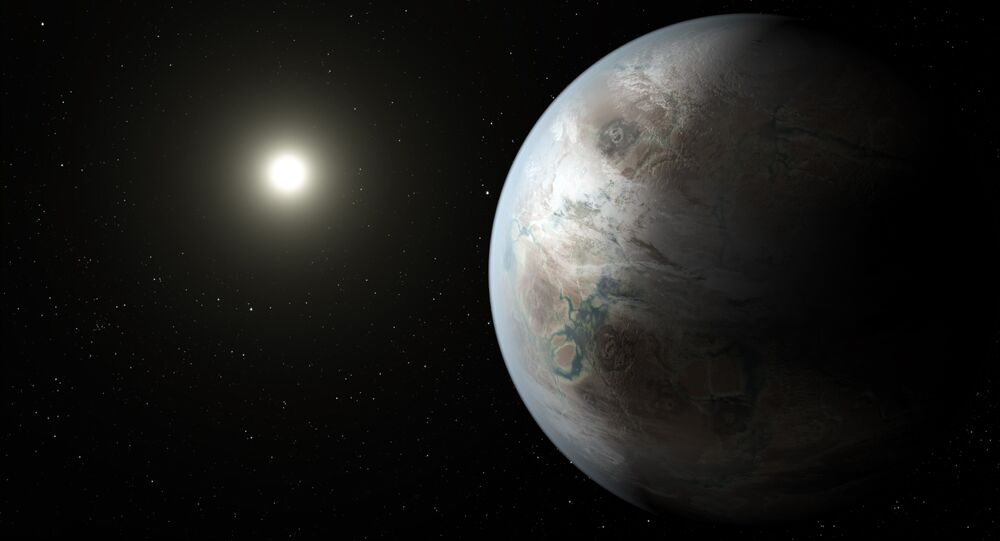 In a highly anticipated news conference on Thursday morning, NASA revealed that its Kepler Space Telescope has discovered the most Earth-like alien planet yet – Kepler-452b.

© Flickr / NASA Blueshift
NASA Hints it Found Another Earth
When NASA released a statement on Wednesday inviting space enthusiasts to watch an upcoming media event on the latest findings from its planet-hunting Kepler mission, many guessed that the space agency had finally found "another Earth."

As it turns out, the predictions were not too far off.

"Today we’re announcing the discovery of an exoplanet that as far as we can tell is a pretty close cousin of the Earth. It’s the closest so far," NASA’s science chief John Grunsfeld said. "It’s Earth 2.0."

The Kepler mission launched in 2009 with the goal of finding an Earth-like planet that can sustain life. Kepler searched for such a planet in what scientists call a "habitable zone," a region were orbiting planets are at a safe enough distance from their stars to support the existence of liquid water.

The new planet, Kepler-452b, was found in a rich catalogue of a total of 1,030 exoplanets discovered by the space telescope. Of those exoplanets, a total of 521 were identified as potential "candidates."

While not exactly Earth’s twin, the newly discovered planet bears some resemblance to our planet’s place in the solar system. The planet completes its orbit around its sun-like star every 382 days, just 17 more days than it takes Earth to orbit the sun, meaning that its year is only slightly longer than ours.

"It would feel a lot like home, from the standpoint of the sunshine you would experience," Jon Jenkins, Kepler’s data analyst said.

Lying roughly 1,400 light years away from Earth, Kepler-452b is about 60% wider than Earth, and scientists estimate that it could be 1.5 times larger than our own planet, making it not so much an Earth twin as a "super Earth." Its size has also led NASA to believe that the planet could possess a very thick atmosphere, and may have a very rocky surface covered with lots of water and active volcanoes.

Mission scientists also put the planet’s sun-like star at 6 billion years old, making it a full 1.5 billion years older than the sun in our solar system. The star’s older age could make it 10% larger than ours and a full 20% brighter. As such, NASA says, Kepler-452b can give somewhat of a preview of Earth’s future as our own sun ages.

"Kepler-452b could be experiencing now what the Earth will undergo more than a billion years from now, as the sun ages and grows brighter," Doug Caldwell of the mission’s Search for Extraterrestrial Intelligence Institute (SETI) said.

"If Kepler-452b is indeed a rocky planet, its location vis-à-vis its star could mean that it is just entering a runaway greenhouse phase of its climate history," he explained. "The increasing energy from its aging sun might be heating the surface and evaporating any oceans. The water vapor might be lost from the planet forever."

Far from being the end goal, Kepler-452b’s discovery is really the first step in NASA’s Kepler mission to find planets that can sustain life.

"We’ve gotten closer and closer to finding a true twin like the Earth," he added. "We haven’t found it yet, but every step is important because it shows we’re getting closer and closer. And this current planet, 452b, is really the closest yet."