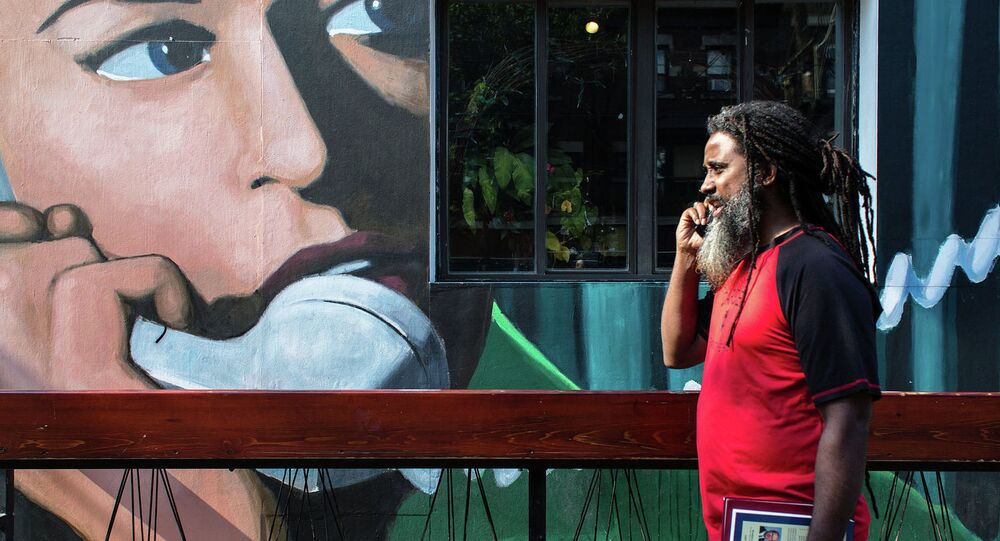 In paranoid news, scientists at Chicago's Northwestern University found that tracking a person's phone can provide data similar in accuracy to that of mental health questionnaires.

© AP Photo / Louis Lanzano
US Secretly Tracked Millions of Phone Calls Even Before 9/11
Scientists from Northwestern University in Chicago found that a person's movements tracked by their phone can determine their mental state.

The study found that the phone tracking was comparable in accuracy to that of mental health questionnaires for detecting depression. The study had a relatively small sample size, and was intended as a preliminary study for further research. The study could also mean that with enough tracking capabilities, it would be possible to track the habits of individuals without their consent.

"People tend to keep phones with them all or most of the time, and phones can provide data unobtrusively and with no effort on the part of the user," the study said.

The study used an Android phone application called Purple Robot, which is capable of tracking and recording phone movements including geography and accelerometer readings. The study found that the activity levels and patterns of the observed individuals, such as circadian rhythms were enough to predict their mental state.

Although the study had a relatively small sample size of 28 people whose data was analyzed, while testing for four depression-linked variables and only arriving at an 86.5 percent accuracy.

The study was only able to track the 28 individuals out of 40 in the initial sample size because of an inadequate response rate. Much of the data recorded in the study, such as phone call times and GPS locations, have been freely available to groups such as the US National Security Agency (NSA) for years. The new study could open new ways for using recorded metadata for behavioral tracking (if that is not being done already).