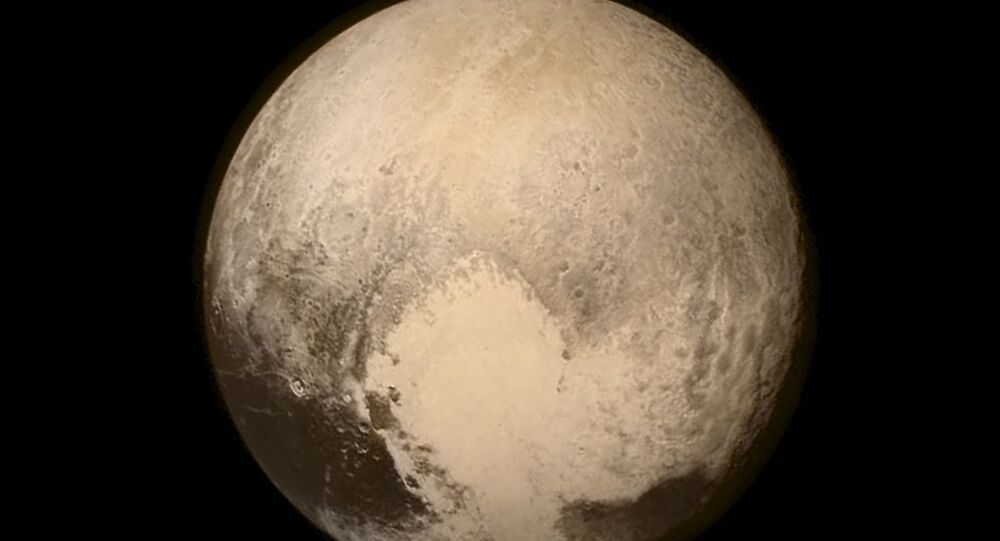 NASA could barely contain its excitement when the New Horizons space probe raced past Pluto at a speed of 8.7 miles per second, thus completing its historic years-long mission, which less than ten days ago seemed perilously close to failure.

In January 2006, the New Horizons probe set off on its journey to what we have previously seen only as a faint point of light in the outer reaches of the Solar system. Nine and a half years and some 3 billion miles later the spacecraft managed to take a very close look at the dwarf planet, discovered by Clyde William Tombaugh in 1930.

Unfortunately Tombaugh did not live to see the probe's launch, let alone the incredible flyby. In a beautiful tribute to the astronomer, the New Horizons probe carried an ounce of his ashes aboard, making him in a sense the first human to visit the dwarf planet.

Back where it all began, 85 years ago — @PercivalLowell in Flagstaff, Arizona. Have you been there? #PlutoFlyby pic.twitter.com/nkVDu2iX3S

Thanks to New Horizons, we no longer have to rely on the artists' impression of what used to be considered the ninth planet in our Solar system. The probe has sent countless magnificent images of Pluto and a kiss from the rocky world back home.

Researchers expect to receive a treasure trove of invaluable data on Pluto's atmosphere, surface, temperature, etc. in the days and months to come. But the mission has already helped us to learn more about the dwarf planet and its moons then even before. For instance, it was only on Monday that we found out Pluto's true size.

Right NOW, I'm looking at #Pluto's atmosphere. Yes, it's got one! It's just rarified… #PlutoFlyby pic.twitter.com/jMFKZvFyA9

Just how big (or small) is the dwarf planet #Pluto? How about a "Pluto-Perspective" for scale reference. :-) pic.twitter.com/oXcZ5BNhbq

The small probe, which passed within 7,750 miles of Pluto, is still busy collecting data and will contact the Earth on Wednesday. The transmission will serve as the ultimate confirmation of the mission's success.