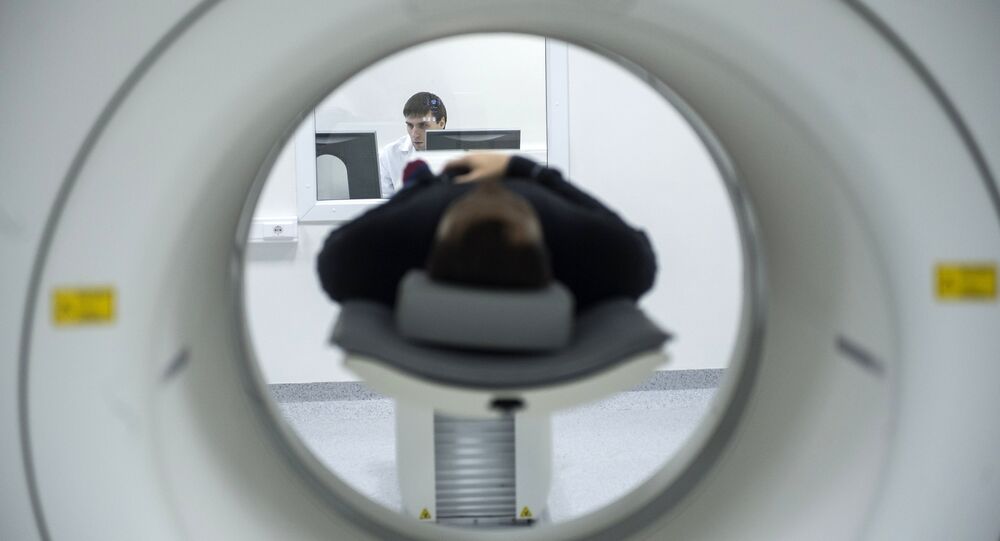 US Scientists Take Next Step to Creating Mind Reading Machines

American researchers have taken one step closer to reading the human mind, through creating "maps" of the brain's cognitive activities.

US scientists have taken one step closer to unveiling the secrets of the mind; in order to accomplish their bold task they are using fMRI (functional magnetic resonance imaging) scans to trace blood-flow changes in the human brain and creating patterns of its neural activity.

"Researchers are using fMRI scans to watch how blood flows through active areas of the brain in real time. The scans can be used to produce "maps" of activity during a brain's thought processes, with the maps changing based on what a person is thinking," elaborates Karen Lazo, a multimedia intern at the US National Science Foundation (NSF) in her Op-Ed published by LiveScience.

© AP Photo / Darryl Bautista/Feature Photo Service for IBM
Goodbye, Simple Silicon: IBM Announces Computer Chip Breakthrough
The research suggests that scientists will one day be able to read our minds. Together with his team cognitive neuroscientist Russell Poldrack from Stanford University has kicked off an OpenfMRI project aimed at sharing and collecting data on people's behavior and mind activity.

The scientist elaborated that his lab is examining patterns of behavior related to decision making and self-control. Volunteers perform different tasks while being placed in an MRI scanner that tracks their real-time brain activity.

Some tasks are simple and aimed at studying acts of self-control. Other experiments include tasks when volunteers should make difficult decisions about "risk versus reward."

Curiously enough, in general people demonstrate similar patterns of brain activity while accomplishing these tasks. However, there are some cases when people's cognitive processes differ tremendously.

Understanding these individual differences in brain activity may help scientists to cope with various neurological and neurodevelopmental disorders, the researchers pointed out.

© AFP 2020 / DANIEL ROLAND
Scientists Link Brains of Monkeys and Rats in Neurological Breakthrough
On the other hand, the technology may be used in the legal system to "read" people's mind and detect lies. Although several courts have rejected the fMRI-based lie detection evidence, a more sophisticated approach may change the system drastically in the future.

And that is not all. By studying the human brain and solving its mysteries scientists are moving closer to creating the most advanced artificial mind.

However, experts warn that the mind reading machine may one day turn into a privacy nightmare for humanity.