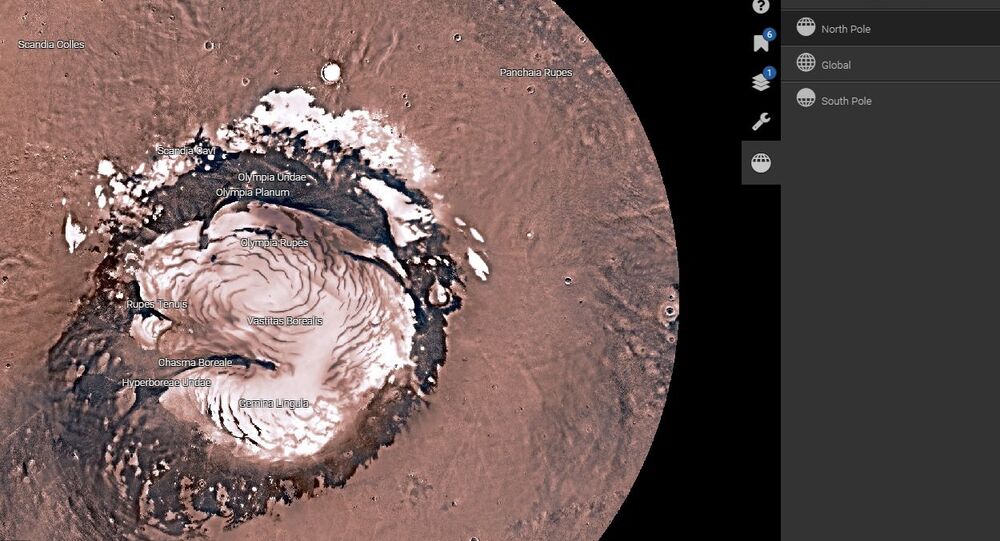 An application called 'Mars Trek', which was released by NASA on Friday, lets you explore the red planet from your computer or mobile phone.

© NASA .
NASA Wants to Send Microbes to Mars Prep Red Planet for Human Habitation
The volcanos and craters of Mars can now be explored on a mobile phone or computer, thanks to a new application recently released by NASA which combines data from several Mars missions to produce a map of the red planet.
© Flickr / Bluedharma
Men Are From Mars (And So Are Women): Seeds of Life May Have Come From Red Planet
Called 'Mars Trek,' the program allows users to explore Mars in 3D or 2D, and choose from a global view, or a view from above the Red Planet's North Pole or South Pole.

The program has bookmarks highlighting locations where more recent NASA probes, like the Sojourner rover from the 1997 Pathfinder mission, landed on the planet's surface. You can also find the information each mission gathered about Mars, and a layers tool overlays the map of Mars with data from orbiter cameras.

http://t.co/8iZRr8AiMe I found lines in different crates. Is it because of image processing? Very cool tool @NASA! pic.twitter.com/KI6L3nA1x3

The 'major features' tab gives additional information and detailed imaging of Mars' best known geological features, such as Olympus Mons, the largest volcano in the Solar System, which at a height of 25 km is almost three times as tall as Mount Everest.