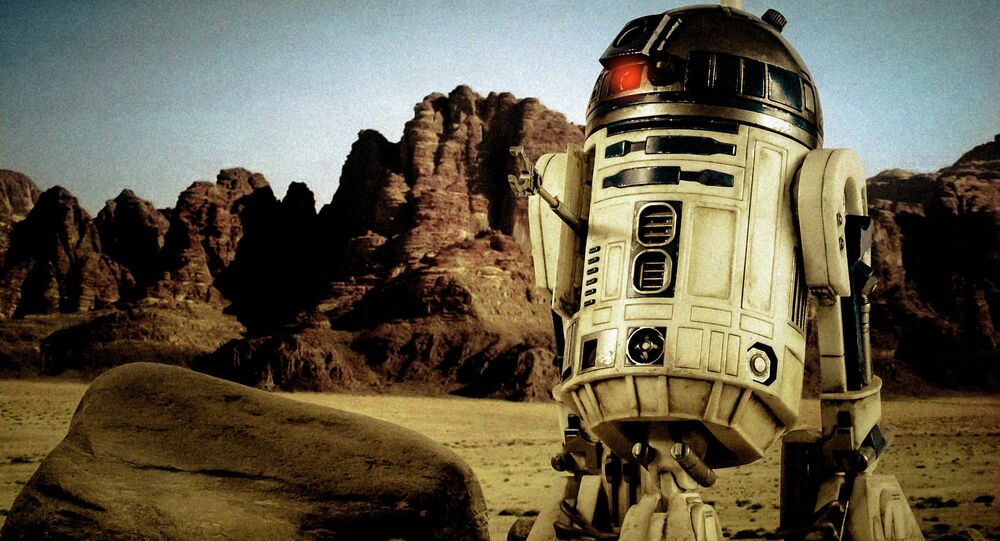 Star Wars Episode VII's Flying R2-D2 has finally come to life and is going to be showcased at the largest annual fan convention in the US, Comic-Con, which is being held in San Diego this weekend.

The R2-D2 Interactive Astromech Droid has finally come to life and is now able to fly.

The creation is set to be released at Comic-Con 2015, which is being held this weekend in San Diego, California.

Comic-Con is a multi-genre entertainment and comic convention which is held annually. It is a four-day event, which originally showcased primarily comic books and science fiction/fantasy related film, television, and similar popular arts.

As it turns out, R2-D2 is one of the most popular Star Wars characters.

Earlier in April, a Japanese airline announced the launch of a Star Wars-style aircraft, “R2-D2 Jet”, in time for Episode VII's release.

All Nippon Airways (ANA) will make a new Boeing 787-9 Dreamliner decked out as R2-D2.

The Dreamliner will start flying internationally this fall — just in time for fans to hop the jet to a late December screening of Star Wars: The Force Awakens, the first film in the franchise’s planned new trilogy to be produced by the Walt Disney Company.

Dempsey Uses Star Wars to Inspire US Officers to Fight ISIL, Other Enemies

Another Sneak Peek of Star Wars: The Force Awakens

Man Behind Iconic Chewbacca From Star Wars Hospitalised With Pneumonia