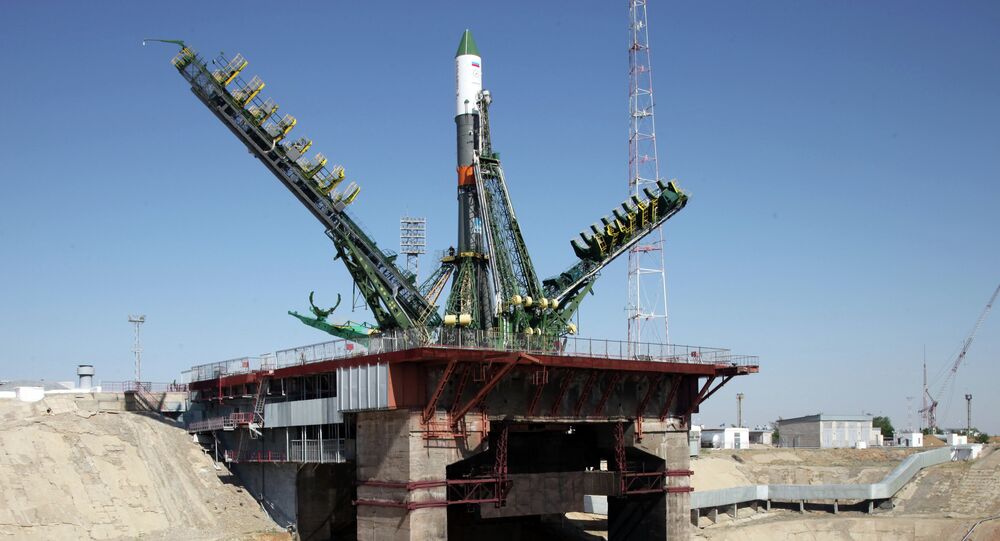 The Soyuz-U carrier rocket with the Russian Progress cargo spacecraft has set off for the ISS.

MOSCOW (Sputnik) – The Soyuz-U carrier rocket with the Russian Progress-M28M cargo spacecraft has been launched from the Baikonur Space Center in Kazakhstan and is headed for the International Space Station (ISS), the Russian Mission Control outside Moscow said.

"The estimated time of the transport cargo vessel’s separation from the third stage of the launch vehicle and its entering the set orbit is July 3 08:04 Moscow time [05:04 GMT]," a mission control representative said.

The Progress cargo vessel will dock with the ISS at around 10:13 (07:13) Moscow time on Sunday, July 5, according to the mission control.

© NASA
Russian Cargo Vessel to Bring Supplies to ISS After Falcon 9 Rocket Failure
It will bring fuel, air, food and scientific equipment for the ISS crew, which currently consists of Russian cosmonauts Gennady Padalka, who is the commander, and Mikhail Kornienko, as well as NASA (US National Aeronautics and Space Administration) astronaut Scott Kelly.

The launch of the Russian Progress cargo vessel comes after last week’s failed launch of the American SpaceX CRS-7 Falcon 9 rocket carrying a Dragon cargo ship with supplies for the ISS.

An April launch of the Progress M-27M spacecraft was unsuccessful. The spacecraft burned in the Earth's atmosphere over the Pacific Ocean after its improper separation from the Soyuz carrier rocket which was caused by fuel leaks, according to Russia’s space agency Roscosmos.