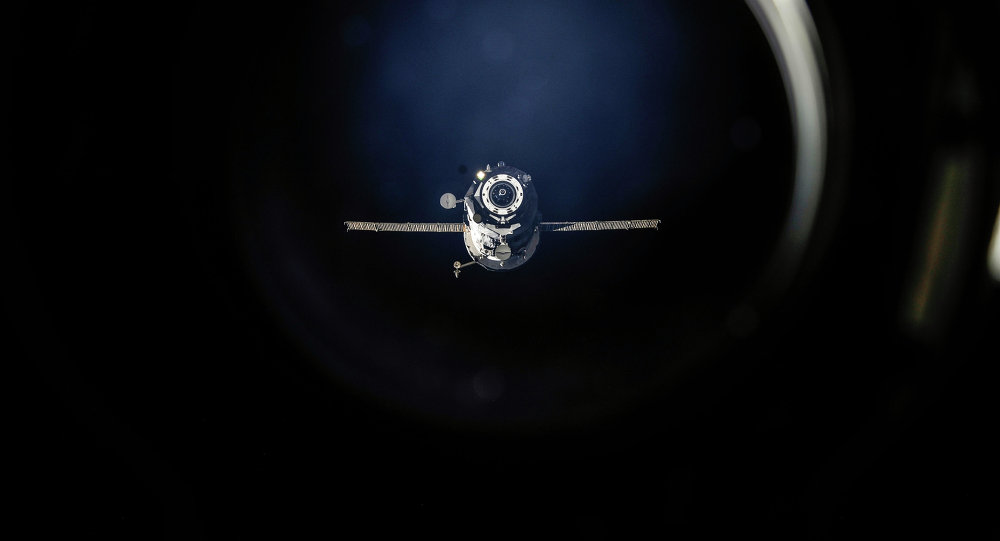 The Russian Progress cargo vessel will be launched on Friday from the Baikonur Space Center to deliver supplies to ISS.

MOSCOW (Sputnik) – The Russian Progress-M28M cargo vessel will be launched on Friday from the Baikonur Space Center to deliver supplies to the International Space Station (ISS) after the SpaceX Falcon 9 rocket carrying a US Dragon cargo ship failed to fulfil its mission.

© NASA .
NASA Sent No Requests to Russia to Carry Cargo to ISS After Loss of Falcon
On Sunday, the SpaceX CRS-7 Falcon 9 rocket carrying a Dragon cargo ship with supplies for the ISS exploded just three minutes after it lifted off from Cape Canaveral Air Force Station in Florida.

Dragon is currently the only spacecraft capable of returning cargo from the ISS back to Earth.

The ISS is currently manned by a three-man crew, which consists of an American and two Russians — Commander Gennady Padalka and one-year crew members NASA (US National Aeronautics and Space Administration) astronaut Scott Kelly and cosmonaut Mikhail Kornienko.