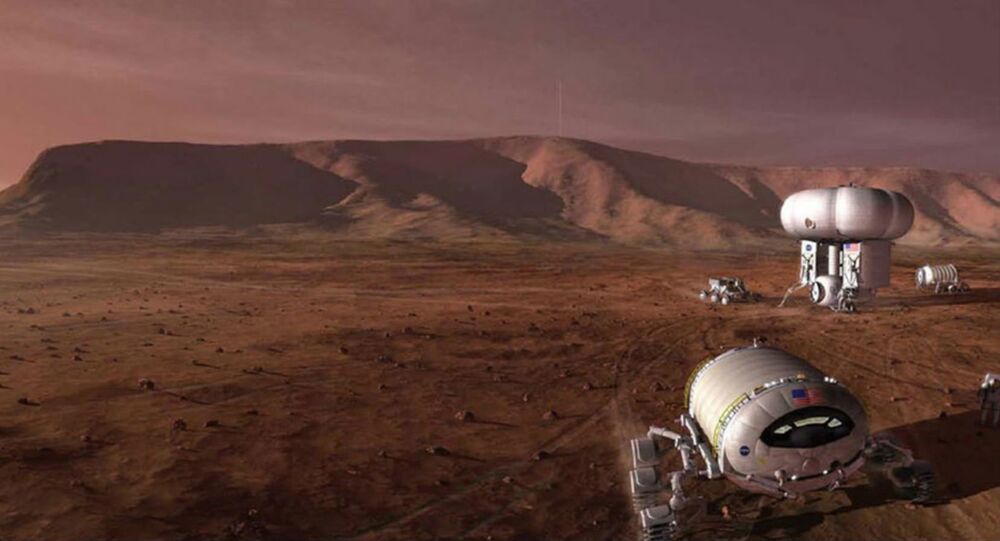 As NASA considers the possibility of a manned mission to Mars, it may first send another lifeform: microscopic bacteria which could biologically engineer the planet’s ecosystem, making it more habitable.

Terraforming has long been a staple of science fiction. Literally meaning "Earth-shaping," the theoretical process involves artificially altering a planet’s atmosphere and climate to be more accommodating for human life.

The question has always been: How? Do you bombard the stratosphere with particles which would help trap or release greenhouse gases? A similar proposal was made to solve global warming on Earth. Or do you somehow dump an ocean’s worth of water onto the surface and hope it sticks?

For NASA, the answer could be cyanobacteria.

The agency has begun funding research to send "ecosystem-building, pioneer organisms" to Mars. If all goes according to plan, the microorganisms could be used to make living a bit easier on any future astronauts landing on the Red Planet.

Stored inside small canisters, the bacteria could be planted in the Martian soil by a robot like the Curiosity rover. Interactions between the bacteria and the arid clay would then produce oxygen. Slowly, but surely, a habitable atmosphere would begin to develop.

"This is a possible way to support a human mission to Mars, producing oxygen without having to send heavy gas canisters," project head Eugene Boland said in a statement. "Let’s send microbes and let them do the heavy lifting for us."

To terraform the entire planet in this way would take centuries, at best. But to speed up the process, the project would also incorporate large biodomes on the surface. With the bacteria producing oxygen in the land beneath, the biodome would trap in the gases, establishing an isolated, contained ecosystem in a fraction of the time.

© Flickr / Bluedharma
Men Are From Mars (And So Are Women): Seeds of Life May Have Come From Red Planet

The NASA team hopes to also use the concept to provide water. If pockets of water ice can be found beneath the surface, organisms could be utilized to unlock the water’s potential.

"I’m a biologist and an engineer. So I want to put those two things together to make a useful tool," Boland said.

At this time, the project remains in the early test phase, with scientists experimenting with various microbes inside a small container known as the "Mars room," which mimics the planet’s conditions. Depending on how successful the team’s work proves, microscopic travelers could be the first Earthlings to see a Martian sunrise.