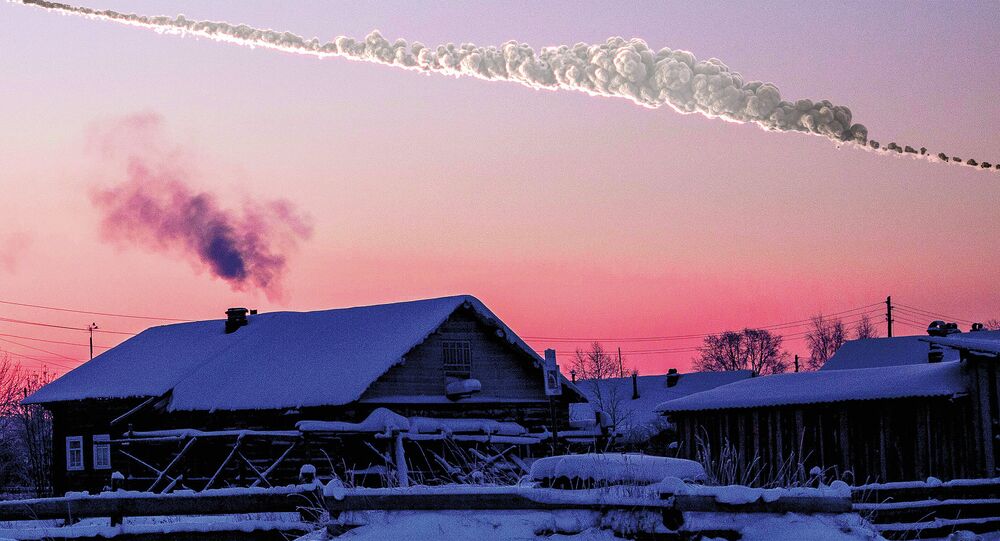 Researchers presented their findings regarding the Chelyabinsk meteor, as well as new findings on a lesser-known meteor which struck Russia in 2014.

Researchers in Russia created a 3D model of the Chelyabinsk meteorite, the Ural Federal University said on its website.

The researchers used a 3D scanner to create the model, provided by University of Helsinki physicist Tomas Kohout. The Chelyabinsk meteor struck Earth on February 15, 2013, damaging some 7,200 buildings as a result of the impact and injuring around 1,500 people, mostly from broken glass. A fragment of the Chelyabinsk meteor was shown to the general public to touch on Wednesday, marking the anniversary of the Chelyabinsk Regional History Museum.

"Chemical analysis showed that the celestial body is an ordinary type LL5 chondrite, one of the types of rock meteorites," the university said in the release.

LL5 chondrites are low-iron low-metal bodies modified in their structure as a result of heat, generally from entering the atmosphere.

The event gained visibility globally as it was widely captured on dashcams.

Ural Federal University researchers also presented the lesser-known Annama meteor, which fell on the Kola Peninsula near the Russian-Finnish border on April 19, 2014. That meteor was also found largely thanks to dashcam footage.

Tuesday marked Asteroid Day, commemorating 107 years since the Tunguska Event, considered the largest asteroid impact on Earth in recent history. Asteroid Day is meant to raise awareness of the dangers that asteroids and meteorites pose to humans and to find new ways to prevent their impact.