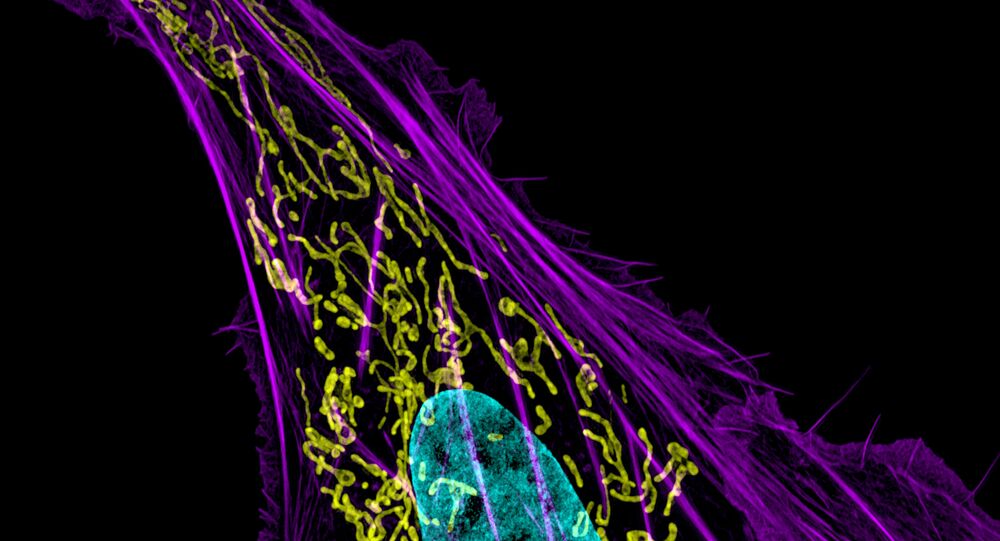 A project called Nanotechnological Toolkits for Multi-Modal Disease Diagnostics and Treatment Monitoring (NAMDIATREAM) received the top award in the category of “Nanotechnology, New Materials and Production.”

The main technological platform of the project "Semiconductor nanocrystals" is directed by Professor Igor Nabiev, the leading scientist of the laboratory of nano-bioengineering at Russia's National Research Nuclear University (MEPhI) and Professor at Université de Reims Champagne-Ardenne in France.

© Sputnik / Grigoriy Sisoev
Russia Strong in Cancer Control, Nuclear Power Capacity Building
In total, there were over 1,000 projects presented at the 2015 EuroNanoForum, a nanotechnology conference organized within the framework of national presidencies of the EU Council and supported by the EU.

"The most important parameter in the evaluation process [of the project] was the completeness of the project's key enabling technologies," Professor Nabiev said, when commenting on how his project managed to win the main award.

NAMDIATREAM successfully developed cutting-edge diagnostic devices for the early diagnosis of several of the most common types cancer, including lung, breast and prostate cancer, which affect over 4.5 million people annually. The pioneering technology will detect biomarkers of abnormal cell growth during the early stages of their development, thus significantly increasing the chances of beating cancer.

NAMDIATREAM is an interdisciplinary and Pan-European consortium that is built around 7 high-tech small and medium size enterprises (SMEs), 2 multinational industries and 13 academic institutions.