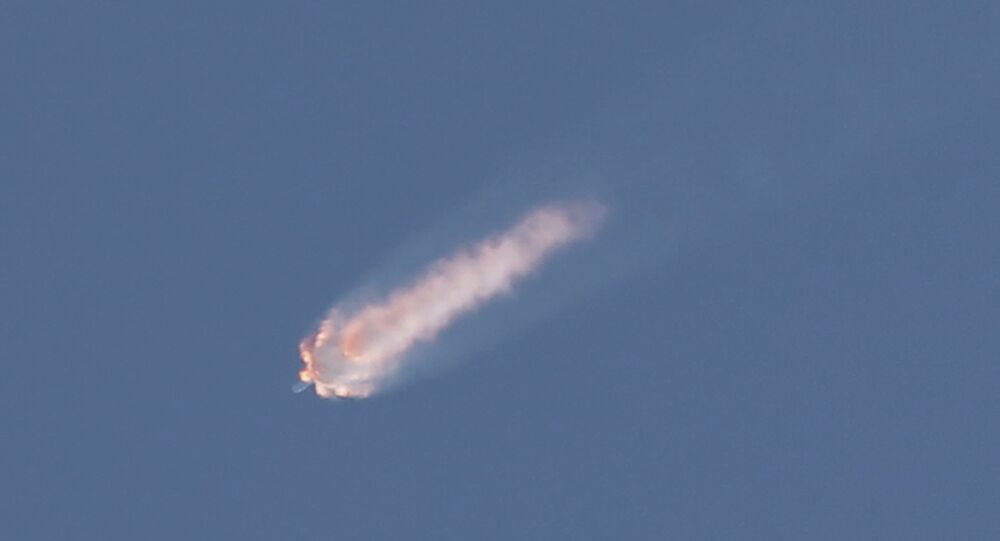 The International Space Station (ISS) flight program will remain unchanged despite the Sunday crash of US SpaceX' Falcon 9, a spokesman for the Russian Federal Space Agency Roscosmos said.

MOSCOW (Sputnik) — Earlier in the day, SpaceX's Falcon 9 rocket with a Dragon cargo ship carrying supplies to the ISS exploded just three minutes after it had been launched from Cape Canaveral, Florida.

"Both half-a-year and one-year mission programs remain unchanged so far. If necessary, part of the cargo will be delivered by Russia's Progress cargo ship which is due to be launched on July 3 and is expected to dock with the ISS on July 5," Igor Burenkov told RIA Novosti.

© Photo : http://www.youtube.com/jjohnsen919
SpaceX Dragon Cargo Ship Explodes 3 Minutes After Launch
Burenkov added that such incidents happen both with regard to the Russian and the US side.

"Our colleagues should be certain that if they need to deliver anything to the station urgently, they will do this using our Progress," the Roscosmos spokesman stressed.