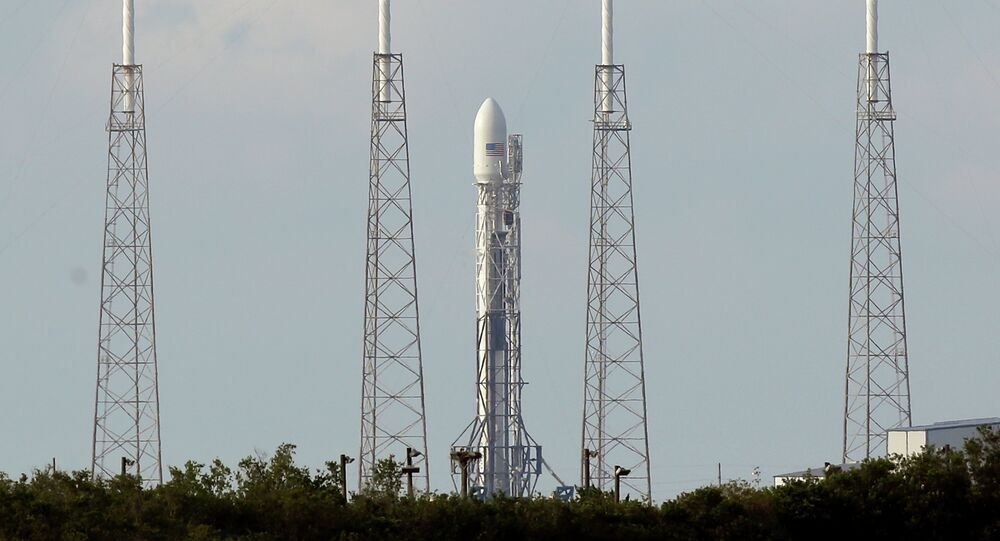 The US Dragon spacecraft carrying supplies to the International Space Station (ISS) will be launched on Sunday, the National Aeronautics and Space Administration (NASA) said in a statement.

WASHINGTON (Sputnik) — It is already the seventh operational cargo delivery mission to the ISS for the private SpaceX company under a Commercial Resupply Services contract with NASA.

The spacecraft with 4,116 pounds of cargo is expected to dock at the ISS on June 30 and will stay there for several weeks before returning with load back to Earth.

Dragon is currently the only spacecraft capable of returning cargo from the ISS back to Earth. The SpaceX Corporation is developing its manned spacecraft using the blueprint of its Dragon capsule.

During the flight, the company also intends to make a third attempt to land the rocket's first stage on off-shore remotely-operated barge, or drone ship.