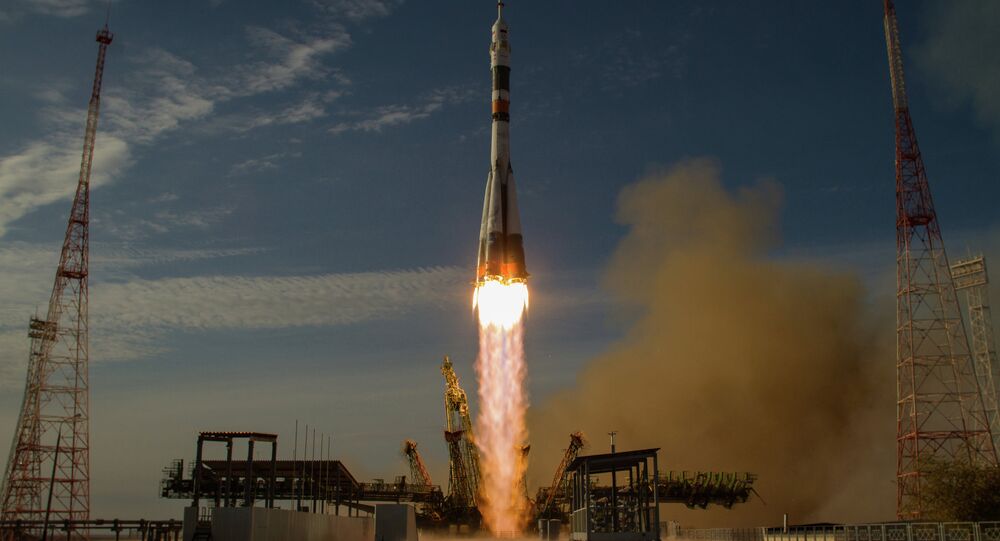 Press service of the Russian Defense Ministry
First Launch of Super-Heavy Angara Carrier Rocket to Take Place in 2021
The OneWeb satellites will be able to provide broadband fiber-quality Internet to the entire world, and in particular to residents of rural areas without broadband Internet, according to Arianespace. The satellites will be launched using 21 Soyuz carrier rockets, with an option for five more launched after the contract is complete for the purpose of replenishing old satellites.

"This contract is the biggest in the history of providing launch services. And the choice of Soyuz carrier rockets is evidence of the high competitiveness of Russian space launch technology," Roscosmos head Igor Komarov said.

The project provides for 21 space launches, with an option for five more if the contract is prolonged for another year afterwards. Arianespace praised the Soyuz carrier rockets for their ability to launch satellites into the polar orbit necessary for providing the service.

"The unique capability of being able to achieve near polar orbit from multiple launch sites using a common launcher along with its proven industrial production were instrumental in the Soyuz selection as a key resource to deploy the constellation on schedule," Arianespace said in a press release.

© Wikipedia / Jürgen Treutler
Russia Begins Mass Production of Glonass-K1 Navigation Satellites
The OneWeb micro-satellites will weigh around 150 kilograms, and will be placed into orbit 1,200 kilometers above the earth's surface, according to Roscosmos. The memorandum of understanding for the deal was signed on June 15 at the Paris Air Show. The satellites will be manufactured by Airbus Defence and Space in France and a joint venture between OneWeb and Airbus Defence and Space in the United States.

The launches are planned to take place at the Baikonur launch site in Kazakhstan, at Russia's new Vostochnyy cosmodrome and at the French Guiana Space Centre.