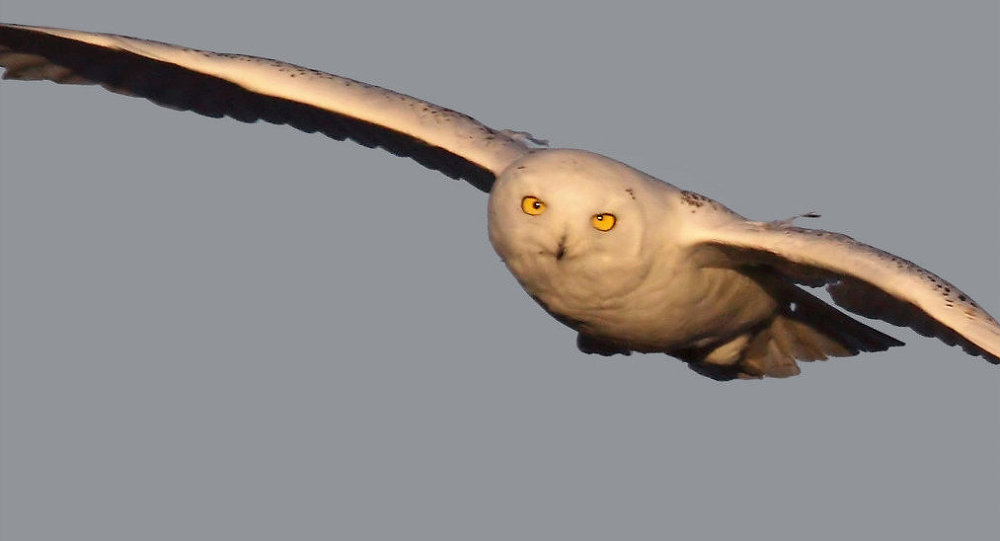 Researchers have discovered a new material similar in structure to that of an owl's wings that can potentially reduce the noise generated by wind turbines.

A new material mimicking the structure of owls' famously quiet wings could be used to make wind turbines considerably quieter, researchers at Cambridge University and three US institutions found.

The noise reduction also allows for the generation "several additional megawatts worth of electricity" when applied to an entire wind farm, according to the press release.

"Much of the noise caused by a wing – whether it’s attached to a bird, a plane or a fan – originates at the trailing edge where the air passing over the wing surface is turbulent. The structure of an owl’s wing serves to reduce noise by smoothing the passage of air as it passes over the wing – scattering the sound so their prey can’t hear them coming," lead researcher Nigel Peake said.

© Sputnik / Vitaliy Ankov
Kremlin Enlists Filya the Eagle-Owl to Battle Crow Invasion
The researchers used 3D printing to create the structure similar to owl feathers. The new design allows the turbines to spin around much more quietly by "scattering" the sound in the same way an owl's wing does.

"While we’ve known this for centuries, what hasn’t been known is how or why owls are able to fly in silence," Peake added.

Researchers also aim to conduct the test on an actual wind turbine and eventually test the new material on airplanes.

US Allocated $11.5Bln to Renewable Energy With No Info on Power Generated