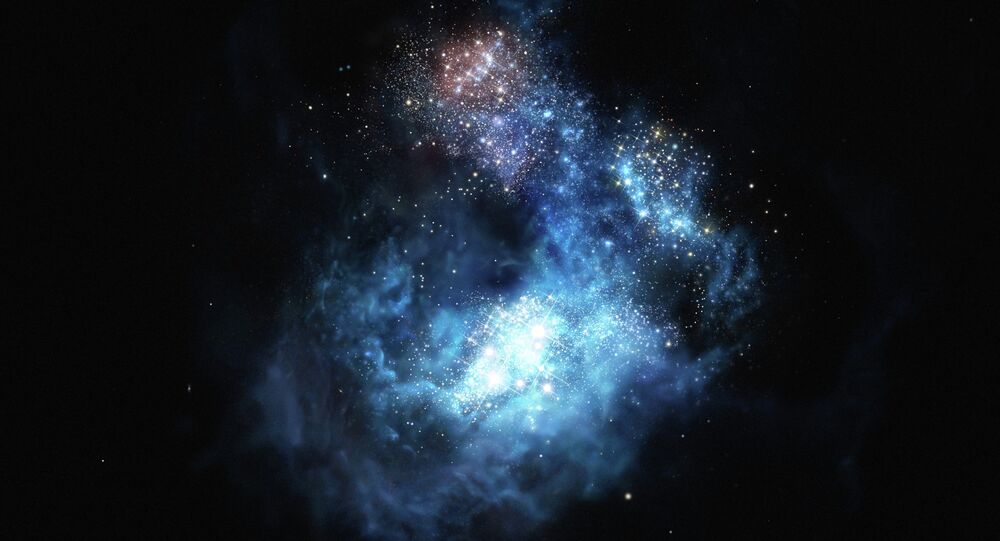 Astronomers May Have Just Found the Earliest Stars in the Universe

A group of scientists say they have discovered an ancient generation of monster stars that jump-started a chain of reactions responsible for the creation of life in the universe as we know it.

© Flickr / AdaptaLux
Quantum Foam: The Universe Might Be Bubbly, But on a Teeny Tiny Scale
When scientists look at distant parts of the universe, they are essentially looking back in time. So when a team of astronomers, led by David Sobral of the University of Lisbon and the Leiden Observatory in the Netherlands, began examining a galaxy 12.9 billion light years away, they unveiled what is believed to be the first generation of stars, formed just 800 years after the Big Bang.

Unlike our modern-day stars, which consist of several elements, ancient stars only had hydrogen, helium, and small traces of lithium. The generation, dubbed Population III, had stars that were likely to be hundreds of thousands of times as massive as our sun, burning out and dying relatively quickly.

Scientists believe that the explosion of Population III stars may have launched elements into space that resulted in a chain of thermonuclear reactions. These reactions led to subsequent generations of stars that began enriching the cosmos with the elements necessary for life, such as oxygen, carbon, and iron.

The group of astronomers say they have discovered signatures of these first-generation stars in a recently discovered galaxy – Cosmos Redshift, or CR7. The study’s findings were published in the Astrophysics Journal.

Using the Very Large Telescope of the Southern Observatory in Chile and the W.M. Keck Observatory in Hawaii among others, the group discovered that CR7 contains a bright blue cloud that consists only of helium and hydrogen. The bright galaxy is three times as luminous as any other we know of.

According to the findings, the galaxy contains stars from Population III and Population II, which consist of stars that have more elements than their previous generation, but still fewer than modern-day clusters.

"The discovery challenged our expectations from the start, as we didn’t expect to find such a bright galaxy," Sobras said in a statement from the European Southern Observatory. "Then, by unveiling the nature of CR7 piece by piece, we understood that not only had we found by far the most luminous distant galaxy, but also started to realize that it had every single characteristic expected of Population III stars."

"Those stars were the ones that formed the first heavy atoms that ultimately allowed us to be here," he added. "It doesn’t get any more exciting than this."

Even though the blue-cloud in CR7 is metal-free, and therefore consistent with the ancient Population III stars, the study also found that the color of the rest of the galaxy is similar to that of more evolved stars. One hypothesis that could explain this anomaly, according to the report, is that the Population III stars in CR7 are simply late bloomers.

Further observations with the James Webb Space Telescope, which will be launched by NASA in 2018, will likely provide more data to resolve the anomaly. Until then, the team believes their findings can provide the first of many steps in uncovering the mysteries of the ancient stars and how they paved the way for life.

More Bad News for Pluto: It May Be Binary Planet With Largest Moon Charon