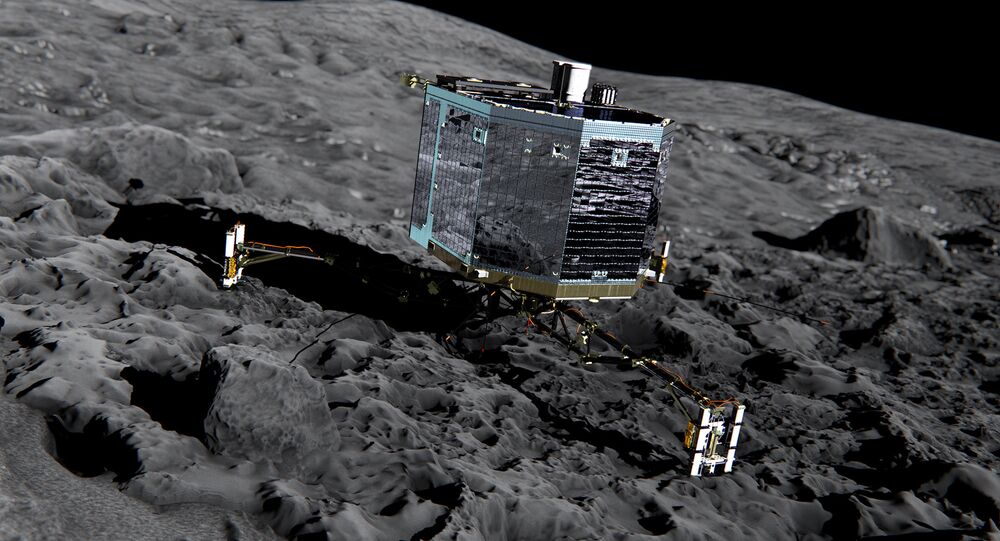 The lab was dropped on Comet 67P/Churyumov-Gerasimenko on November 12, 2014, by its mother ship Rosetta, becoming the first spacecraft to land on a comet. Unfortunately, the probe failed to attach itself to the ice surface and settled in a dark ditch which prevented sunrays from charging Philae's solar panels.

Hello Earth! Can you hear me? #WakeUpPhilae

Nevertheless, the 100kg lab had worked for 60 hours and sent the pictures of its surroundings before running out of energy and going into standby mode.

Now, the comet has approached the Sun which charged the lander's batteries. The communication lasted for two minutes including 40 seconds of sending useful data.

Scientists have concluded with a deep sigh of relief that the lab's computer and transmitter survived the extremely cold temperatures. Now they hope that Philae will be able to conduct experiments.

Oh, OK @ESA_Rosetta! I’m still a bit tired anyway… talk to you later! Back to #lifeonacomet!

The purpose of the research is to shed light on the evolution of the Solar System and the emergence of water on the Earth.

Comet 67P is heading towards the Sun. The current distance is 205 million km. As the distance shortens, the ice on the comet will melt and Philae will collect very useful information, should it survive.

So happy to hear from @philae2014! Here's what we know so far about his status: http://t.co/APV3wwKPgJ