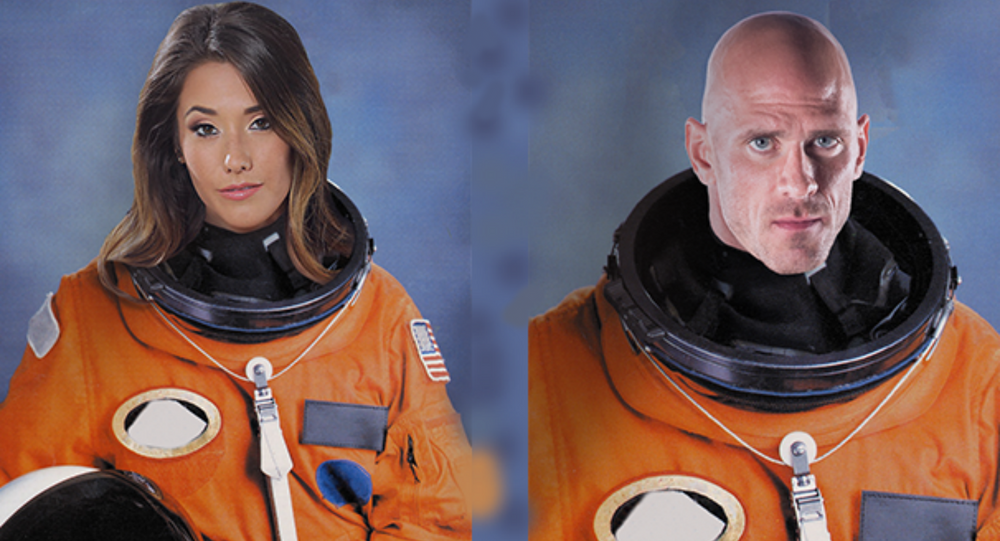 In 2006, some of the world’s brightest minds came together with a question on every 14-year-old boy’s mind: how awesome would space sex be? Held during the annual Space Frontier Foundation conference, the Sex in Space panel featured speakers from NASA considering the "biological, emotional, and physical issues that will confront people moving [off] Earth] into the space environment."

It’s a critical question, especially as scientists begin to seriously consider the possibility of colonizing other worlds. Unfortunately, NASA has been busy calculating launch trajectories or alternate fuel sources or whatever else NASA does. Sex doesn’t top the space agency’s priority list.

The largest financers will even get to have a say in the production, giving script input – dialogue is crucial, here – and requesting certain positions.

Some will even get to keep props from the set. Still, I think most people would pay money not to store props from a zero gravity sex shoot in their home.

One can only imagine what the space suits will look like.