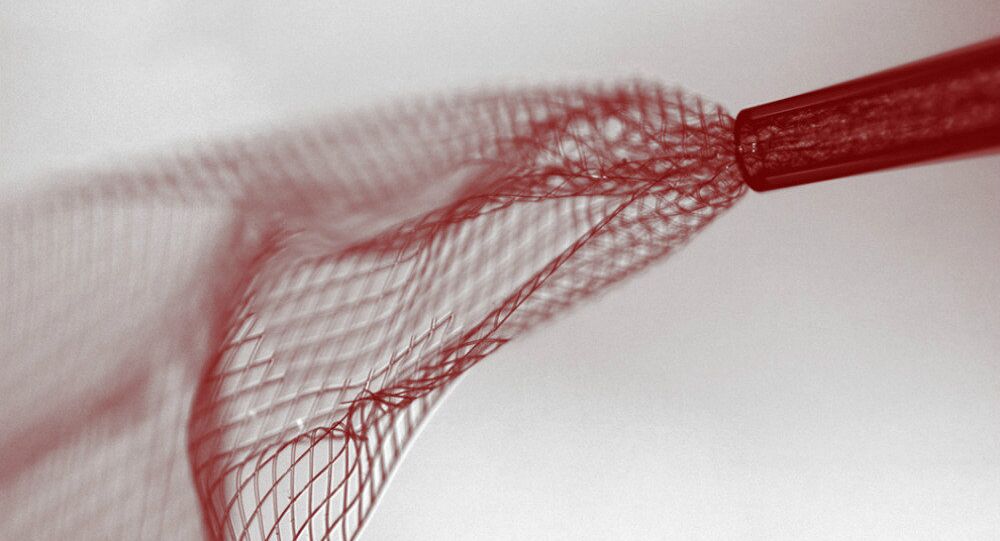 Researchers have developed injections of mesh which can be implanted into the brain to monitor and stimulate neural activity, and potentially develop cures for brain disease.

© Wikipedia / Baburov
Brain Wave: Russia Develops Mind-Controlled Equipment
Scientists have developed "syringe-injectable electronics," which can be injected into man-made or natural structures, including the human brain, and used to record and alter its activity.

According to the researchers, who published the results of their research in the journal Nature Nanotechnology on Monday, the technique gives the opportunity for examination of the brain in unprecedented detail, and could even be used in the future in humans to treat the damage caused by brain conditions such as Parkinson's disease, or a stroke.

The procedure involves mesh electronics a few centimeters in width, which are rolled thin enough to pass through a needle with a diameter of just 100 micrometers and into the brain, where it unfolds. The technique can also be used to inject electronics into other biological or man-made structures to record or manipulate their activity.

© Flickr / Martin Abegglen
New 'Power Over Wi-Fi' System Allows Users to Charge Devices Remotely
Once inside the brain, the mesh fills its cavities and mingles with the brain tissue, able to monitor, or stimulate individual neurons.

The team, from Harvard University and the National Centre for Nanoscience and Technology in Beijing tested the technique in the brain regions of anaesthetized mice, and found that the brains exhibited no immune response to the treatment over the five weeks it was administered.

"In the future, our new approach and results could be extended in several directions, including the incorporation of multifunctional electronic devices and/or wireless interfaces to further increase the complexity of the injected electronics."

The technique could even be built upon to create a bionic brain, say the researchers, by co-injecting the mesh electronics with cells "into host systems for unique engineering and biomedical applications."