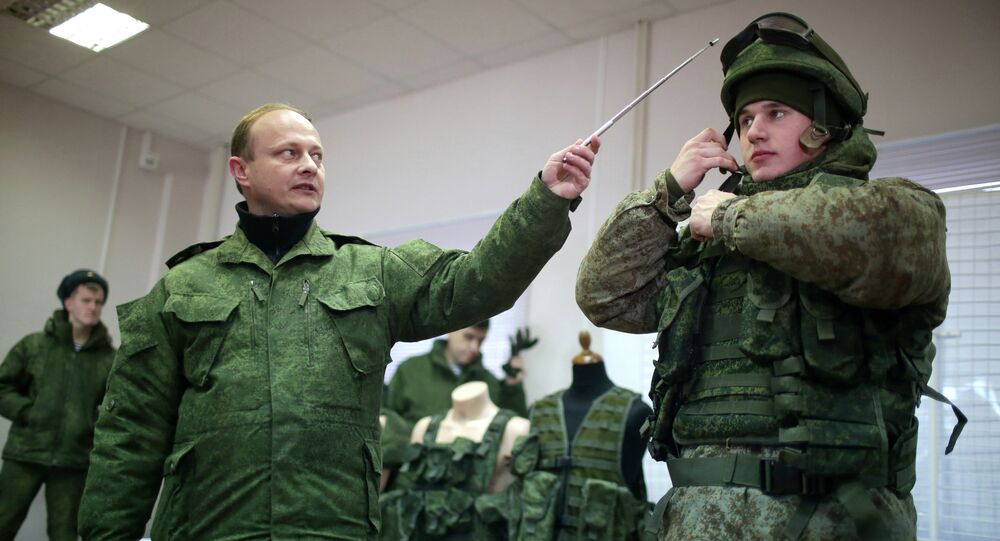 According to Grigoryev, the development of the Ratnik-2 will be finished between 2025 and 2030. The first four years will be dedicated to the Foundation's project, followed by research and engineering, and lastly mass production. Grigoryev also said that the military android presented in January will be ready by the end of the year.

"We launched a project with TsNIITochMash aimed at creating our common vision of what the gear of the 'soldier of the future' should look like in 15-20 years. It's a very interesting project, we invited anyone who wishes to fantasize. We will soon conduct a seminar on this issue at the foundation," Grigoryev said.

© Sputnik / Alexey Filippov
Russia's Advanced Combat Gear to Be Equipped With Drone Connectible Kit
Grigoryev added that the foundation has a "heap of proposals" regarding what the equipment should look like, although they need to be analyzed.

Grigoryev added that the military android presented to the Russian government in January will be capable of running and crossing obstacles by the end of the year.

The android's actual purpose is mine clearance and other tasks which are dangerous but do not demand precise operation, according to Grigoryev, although he did not specify any details.

"Its mission is to work in very dangerous conditions where a human presence is needed, with the possibility of remote control. The goal is for the person to be in a normal environment while the robot works in the danger zone," Grigoryev said.

The robot is "not designed to run around with an assault rifle," Grigoryev added, saying that other treaded and wheeled vehicles exist for the task.