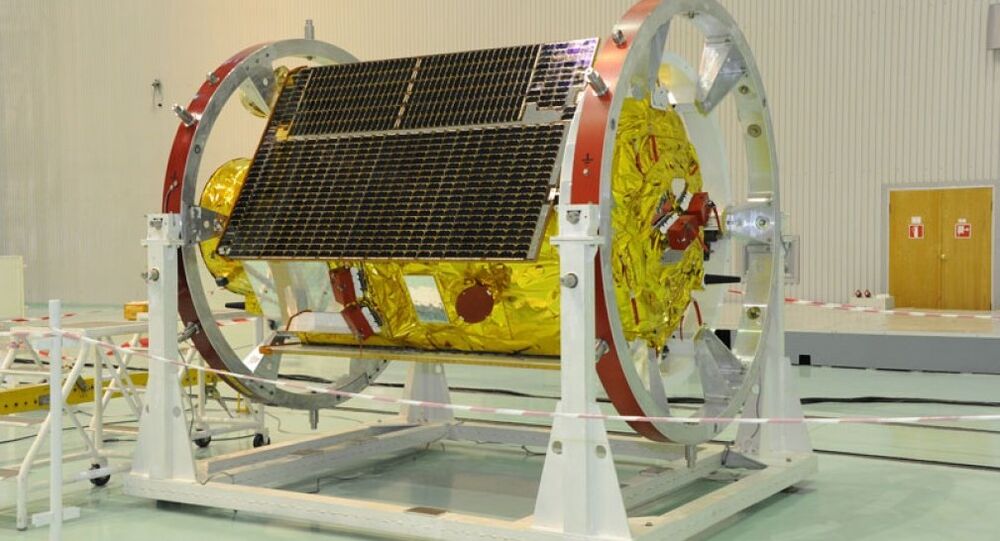 EgyptSat 2, constructed by Russian space manufacturer RSC Energia and Egypt’s National Authority for Remote Sensing and Space Sciences (NARSS), was launched from the Baikonur Space Station in Kazakhstan on April 16, 2014.

Press service of the Russian Defense Ministry
Russia's New Super-Heavy Rocket Angara to Orbit Satellite for First Time in 2016
In January 2015, control over the satellite was handed over to Egyptian specialists.

According to Kommersant, the satellite started to experience malfunctions in May.

"The device can be considered lost: its on-board computer has frozen, the device is not responding to a single command from Earth and it was impossible to revive it. Most likely, the satellite cannot be restored," a space industry source told the newspaper on Friday.

The Russian side cannot be blamed for the malfunction, as EgyptSat2 started experiencing technical problems after it was put under full control of Egyptian specialists, Kommersant said, adding that Egypt is now eyeing the use of Russian commercial Earth observation satellite Resurs-P and the Kanopus-V1 (Canopus-B) satellite.

EgyptSat2 is Egypt's second remote sensing Earth observation satellite. It was created to take pictures of the Earth in the visible and infrared spectra.