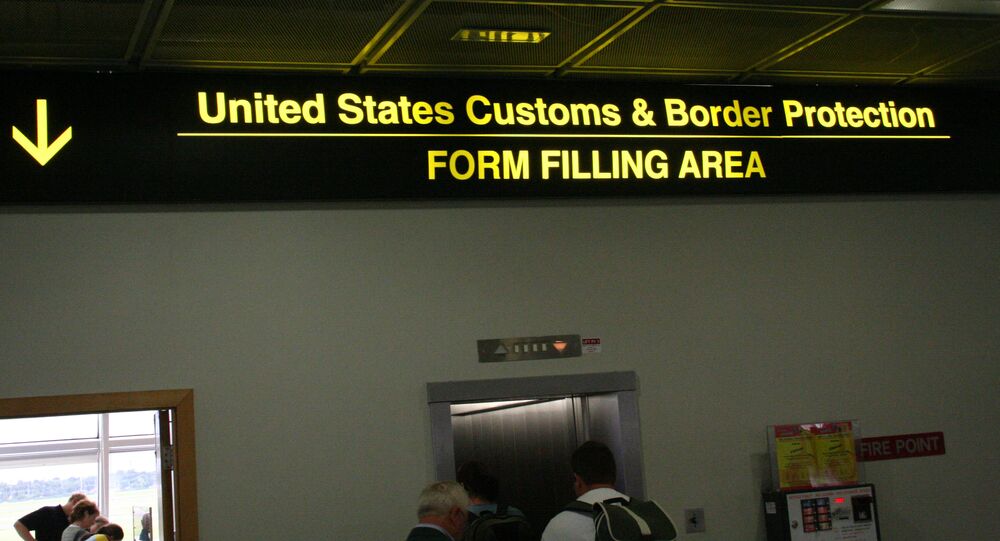 A pilot program by US Department of Homeland Security which uses facial recognition technology to detect immigration violators at points of entry has privacy advocates concerned.

The program, which US Customs and Border Protection (CPB) agents are testing for three months at Washington's Dulles International airport, will use facial recognition technology to spot people using travel documents that don't belong to them, CBS News reports.

"We do see people trying to use the legitimate document, but it belonging to someone else, to conceal their identity," Customs and Border Protection Deputy Assistant Commissioner John Wagner told CBS, "and we are vulnerable to that."

The technology compares the photo in a passport with the face of the person presenting it, flagging those it believes to be a mismatch for further investigation by agents.

As they pass through customs at Dulles, about 250 people per day have their photos taken and stored in a secure database that is not shared with other agencies.

Officials say they have taken about 4,000 passengers' photos so far, and that has privacy advocates worried the program, while small and limited at the moment, may lead to using facial recognition and other biometrics to track law abiding citizens.

"This is really just the beginning," Harley Geiger, Senior Counsel at the Center for Democracy and Technology told CBS.

And indeed, the government is testing out other biometrics programs in addition to the  "1:1 Facial Recognition Air Entry Pilot" program at Dulles, which started on March 11.

That facial recognition test is one of three "Targeted Biometrics Operations" being rolled out under the Apex Air Entry and E​xit Re-Engineering (AEER) Project.

A second test program, called the "Pedestrian Biometric Experiment", involves customs and border agents at a crossing on the US-Mexico border near San Diego. They will start collecting facial and iris scans of people coming and going through the crossing on foot.

"Looking at things like iris or facial recognition helps us compare that person to the document and confirm their identity," and allows agents to check for a person on watch lists, Wagner said.

CBP/Motherboard
The image above, from leaked documents outlining Customs and Border Patrol pilot programs to test biometrics at border crossings, shows regular entry kiosks replaced with biometric ones that check facial and iris scans, alongside other devices such as RFID document readers.

A third program, called the "Biometric Exit (BE) Mobile Experiment", is slated to be carried out at Atlanta's Hartsfield-Jackson International airport to determine if DHS can "confirm with certainty that a foreigner traveler has departed the United States," VICE's Motherboard reported, citing leaked documents that detailed the program.

A handheld device — possibly a fingerprint scanner, but not specified in the documents — would identify foreign nationals as they leave the US, then search for a match among entry records to determine, upon their exit, if they had been in the US too long.

"A Dark Road To Be Going Down"

A the moment, the images being gathered for the pilot programs are set to be deleted when the pilot period is over. Moving ahead with this kind of technology in broader use would require the development of a new privacy policy to determine how the images and data are handled, stored, or shared.

Officials claim the technology isn't creating new invasions into privacy, but merely helping them do what they already do — confirm your identity and your travel documents at border crossings.

Passenger Jeffrey Fazio, who was returning to Dulles from the Dominican Republic, told CBS he wasn't particularly bothered by the new technology.

"Makes travel a little more cumbersome," he said, "but if it's keeping us safe then it's worthwhile."

But creation of a biometrics database if the programs expand beyond the pilot stage has implications far beyond securing borders and finding people who have overstayed their visas, Jake Laperruque, a fellow at the Center for Democracy and Technology told Motherboard.

"Here we have a program where individuals are not suspected of wrongdoing and are engaged in routine behavior,” Laperruque explained. "And they are being required to submit a piece of biometric data that could identify them later and that’s going to be retained."

"That’s definitely a dark road to be going down with a lot of potential for abuse," he added.