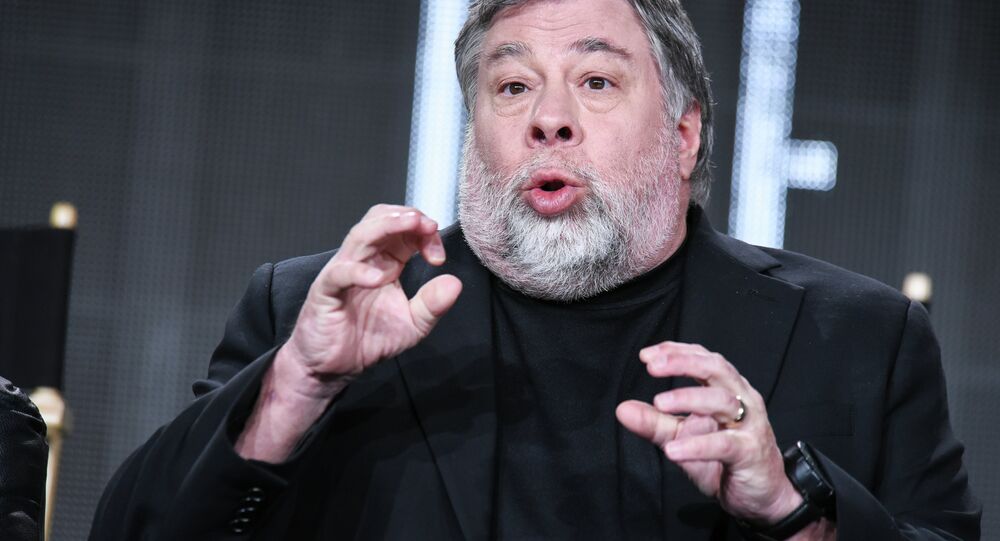 Apple co-founder Steve Wozniak has openly expressed his admiration for NSA leaker Edward Snowden, marvelling that he "gave up his own life . . . to help the rest of us."

Over the weekend, Wozniak praised the former NSA contractor as "a hero" for leaking documents about the NSA's programs of mass surveillance and reiterated the importance of individual privacy in the digital age.

"Total hero to me; total hero," he told ArabianBusiness.com. "Not necessarily [for] what he exposed, but the fact that he internally came from his own heart, his own belief in the United States Constitution, what democracy and freedom was about. And now a federal judge has said that NSA data collection was unconstitutional."

Snowden, who released the documents to journalists in 2013, is currently living in exile in Russia as he is wanted by US prosecutors. Earlier in May, a Federal Court ruled that the bulk collection of phone metadata under Section 215 of the Patriot Act — precisely what Snowden wanted to make public — was illegal.

In the past Wozniak, who helped found Apple with Steve Jobs before leaving the company in the 80s, has compared Snowden to Pentagon papers leaker Daniel Ellsberg.

"So he's a hero to me, because he gave up his own life to do it," says Wozniak. "And he was a young person, to give up his life. But he did it for reasons of trying to help the rest of us and not just mess up a company he didn't like."

Wozniak expressed doubts about the ability of the tech sector to come up with solutions to the privacy problems of the digital age, saying that the root of the problem goes too far back into the development of modern operating systems.

"It's almost impossible [to protect yourself] because today's operating systems generally get so huge that they can only come from a few sources, like Microsoft, Google and Apple," he says. "And those operating systems have so many millions of lines of code in them, built by tens of thousands of engineers over time, that it's so difficult to go back and detect anything in it that's spying on you. It's like having a house with 50,000 doors and windows and you have no idea where there might be a tiny little camera."

Something might have been done at an earlier stage, Wozniak said, lamenting, for example, that Pretty Good Privacy (PGP) — a system for secure point-to-point data transfer that emerged in 1991 —  wasn't integrated into systems earlier along in the evolution of personal computing.

"At that point in time, if Apple and Microsoft had built [PGP] into their operating system, it would have been a permanent part of email and all email would have been secure," he said. "Now we're talking about making laws that you cannot use encryption. It's almost like you can't have any secrets anymore. And the modern generation just accepts this as the status quo."

Not surprisingly, the Apple co-founder thought that the company was a relatively better protector of privacy, since "Apple is only making good products that you can choose to buy if you want," he explained, while companies "like Google and Facebook are trying to make money off knowing things about you."