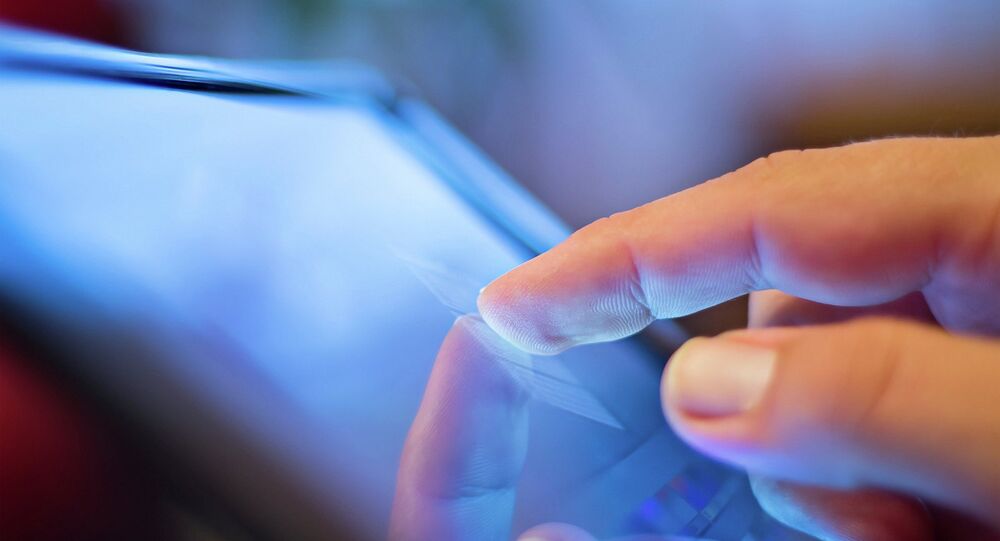 The National Security Agency has tested user verification technology to recognize your finger-swiping "handwriting" on touch screens, in an effort to move past the age of passwords. But, perhaps predictably, the US spy body is keeping mum on how it might use the new tech.

The feature — called "Mandrake" by its creators at Lockheed Martin — identifies the unique speed and form of a user's finger strokes across their device's touchscreen, reports NextGov.

This field of development sometimes called "dynamic signature" biometrics, looks beyond the surface of the signature to the movements of the hand that makes it.

Victor Bayon
Beyond Biometrics: Will We Soon Store Our Passwords Inside Our Bodies?

"Nobody else has the same strokes," John Mears, senior fellow for Lockheed IT and Security Solutions told NextGov. "People can forge your handwriting in two dimensions, but they couldn't forge it in three or four dimensions. Three is the pressure you put in, in addition to the two dimensions on the paper. The fourth dimension is time. The most advanced handwriting-type authentication tracks you in four dimensions."

The biometric features "Mandrake" measures to go beyond a two dimensional signature are speed, acceleration and the curve of a user's strokes. The technology stems from Air Force efforts that began in 1978 with a contractor, MITRE, who worked to develop handwriting recognition for access to secure facilities.

"We've done work with the NSA with that for secure gesture authentication as a technique for using smartphones," Mears said. "They are actually able to use it."

Lockheed did not have details on the exact use the NSA has made of the technology, and at the time of publication the Agency had not yet responded to NextGov's request for comment.

The NSA isn't the only US agency looking into improvements upon the password for device security.

The FBI recently $1 billion on a program — also developed by Lockheed — called the Next Generation Identification system, which integrated the capacity to recognize faces, tattoo images, fingerprints, palm prints, and retinal scans and may someday incorporate voice or "gait" recognition to identify the particular way a person walks.

One of the early proposed versions of the technology developed by the Air Force incorporated both a 4-digit code and a handwriting verification which matched the "pressure versus time history of a signature." Though tests were carried out — and found, for example, a higher error rate among women — the technology wasn't sophisticated enough to be implemented in real world conditions.

And even now, decades later, the most recent version of handwriting-recognition technology are still some ways off from being robust and profitable, according to research firm Tractica, which released a report earlier this month.

"Research on signature dynamics… has been ongoing for nearly 50 years, but still there is no viable use case, and it was never mentioned during any of the interviews conducted for this report," Tractica reported.