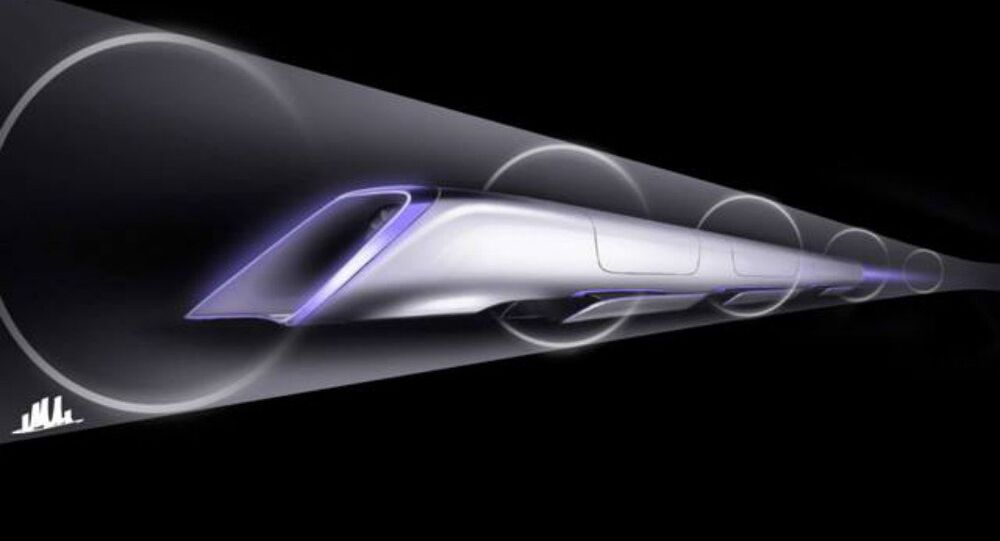 A futuristic "Hyperloop" high-speed transport system that will relocate its passengers in the blink of an eye, has just taken another big stride towards reality.

The idea, that has already gone viral, is that passenger capsules will move inside tubes under a partial vacuum. These pods will be accelerated to high speeds by a system of magnets and fans, resting on a cushion of air. The Hyperloop infrastructure will be powered by environmental friendly solar panels.

Currently, magnetically levitated trains, which are in operation in Shanghai and Tokyo, can travel at a speed of 310 mph (500 km/h). While these trains use magnets to produce lift and propulsion, the Hyperloop would rely on compressed air for lift and magnets for propulsion.

© Flickr / davejdoe
China Plans First Ever Landing on the Dark Side of the Moon
In theory, Hyperloop capsules could reach blistering speeds, far outpacing current modes of commercial transport, since they would not be affected by air resistance or friction between track and the wheels giving it a huge competitive advantage.

On the other hand, it is vulnerable to a single-point of failure. If the walls of the tubes are not straight or  the vacuum in the tube is lost, then a crash is inevitable, experts elaborate. Furthermore, the operability of the vehicle's compressor is also a big deal since if it fails the capsule will crash into the walls.

Hyperloop Simulation To Be Featured At The 2015 Pioneer Festival http://t.co/iCTQrFWW1E pic.twitter.com/SHyHB1qfhB

"The guideway [track] has to be built to very fine tolerances, because if the position of the wall deviates from straightness by a few thousandths of an inch, you could crash," James Powell, co-inventor of the superconducting maglev concept, said as quoted by LiveScience.

© Flickr / Michael Coghlan
Internet to Slip Out of US Government Control by the End of 2015
It still remains unclear if the system will be as cheap as promised by its proponents. According to Hyperloop Transportation Technologies estimates, the five-mile test track will cost about $100 million, Navigant's blog reported. So far, the cost of a 400-mile track between Los Angeles and San Francisco will reach $8 billion. However, since the track must be built so precisely the cost will inevitably be much higher, experts predict.

In addition, the Hyperloop system is unlikely to solve the US' transportation problems.