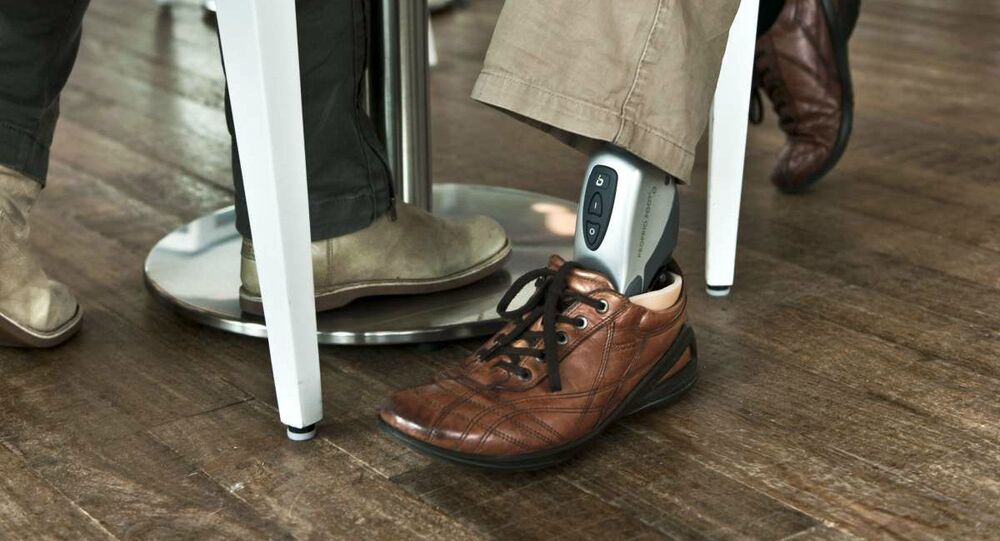 Researchers around the world are making major advances to bring hope to amputees with bionic limbs that can be controlled by the wearer's thoughts.

Researchers at the Icelandic orthopedics company, Ossur, say they have successfully fitted two lower-limb amputees with legs that they can move with their thoughts via tiny implanted myoelectric sensors (IMES) placed in the patient's remaining muscle tissue.

The implants detect the signals being sent by the brain to the remaining nerve endings in the area of the amputation, and then transmits those to a receiver in the prosthetic limb. Each IMES is about 5 by 3 millimeters.

Though this development came on the heels of last month's announcement out of Austria that researchers had created the first succesfully mind-controlled bionic hands, the Icelandic amputees are the first to control lower limbs subconsciously.

The type of sensors involved, which can be implanted easily under local anaesthetic, also make the limbs much more practical compared to earlier forays into bionics which may require more invasive implants.

One of the patients testing the new technology, Gummi Olafsson, lost his right foot and lower leg when he was hit by a truck as a child. He told Reuters that the speed with which he could control his new leg via the tiny implants was "strange and overwhelming."

"As soon as I put my foot on, it took me about 10 minutes to get control of it. I could stand up and just walk away. Come back, sit down, use my muscles to move my foot in the position I wanted to use it. It was, like you couldn't believe the feeling when you were moving your ankle. It was really strange. I couldn't explain it. It was like, I was moving it with my muscles, there was nobody else doing it, the foot was not doing it," Olafsson said.

Olafsson, who has been using the bionic leg for more than a year, said his body even adapts to the limb, improving its performance all the time. The sensors also stimulate the use of muscles that had been previously ignored.

"Your muscles are always getting bigger, so you get more control over it. So everyday if you are using it, you're always getting more and more control over what you're doing with your foot, so in a way, everyday you're learning more about how to walk properly with the foot, how to use it to go downhill, uphill, downstairs, upstairs, even sitting down and standing up from a chair," he said.

The fact that wearers can move more naturally also helps to alleviate some of the muscle and joint pain caused when a person compensates for their amputation by favoring one side or another. Olafsson told Popular Science that  he can finally get up from a chair without straining his left leg in compensation.

Ingvarsson said that the procedure to implant the sensors — which were developed by the US-based Alfred Mann Foundation —  took around 15 minutes, there are no batteries or other parts that would need replacing.

"We believe this is a lifelong sensor," Ingvarsson told Popular Science.