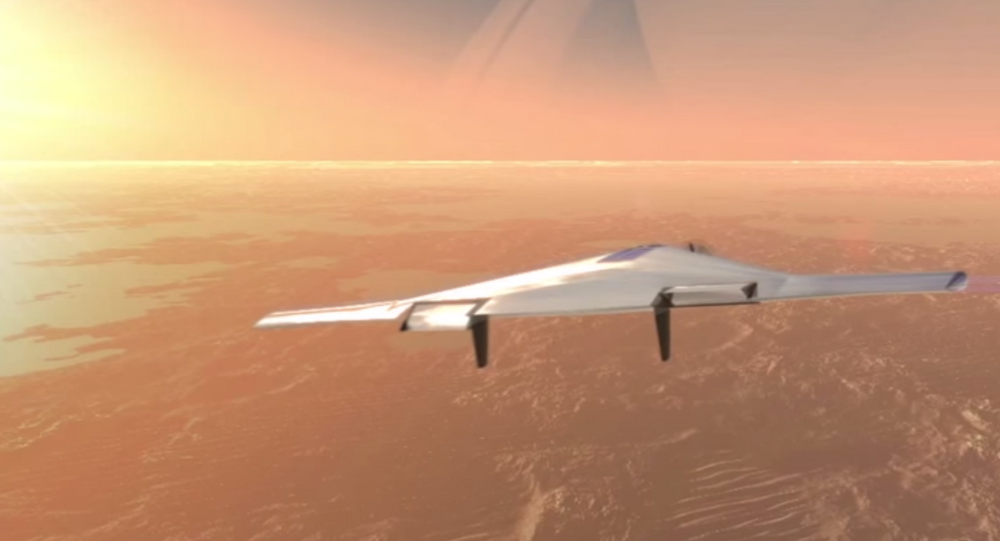 US Military Contractor Develops Aircraft for Flights to Hover Over Venus

The New Frontiers program was launched by NASA with the aim of exploring every planet in our solar system. Next on the list? Sulphurous Venus. To do that, contracting companies are designing an autonomous, inflatable aircraft which would patrol the planet’s dense atmosphere.

Despite its reputation for being Earth’s twin sister, Venus’ surface is an incredibly inhospitable place, for man or machine. Its atmospheric pressure is comparable to being 3,000 feet below the ocean, and it’s hot. Nearly 870 degrees on average, due largely to its atmosphere, the air is rich in carbon dioxide. And then there are the volcanoes. Thousands upon thousands of volcanoes, creating 3,000 mile-long canals of lava.

A good place to get away in the winter, maybe, but not where you want to build a summer home.

But moving higher above the surface, the atmosphere becomes more pleasant. Almost Earth-like, even.

"Not a whole lot different than flying on Earth," Ron Polidan, chief architect of civil systems with Northrop Grumman told SpaceNews. "If you wanna just sprinkle sulfuric acid all over yourself, that would be more like what you have on Venus."

It’s from those friendlier altitudes that NASA hopes to study the Venusian surface, something remarkably difficult to do from Earth or space, given the planet’s thick cloud cover.

The space agency will hold a $1 billion competition to encourage development of capable aircraft. While the competition hasn’t even been officially announced yet, Northrop Grumman has already moved forward with its Venus Atmospheric Maneuverable Platform (VAMP).

Whichever design wins the competition will have to be ready for launch by 2021.

"I think we can be ready," Polidan said.

Bold words, considering how far the design still has to go. For one, the plans rely on concept wings designed for a now-defunct DARPA project. That proposal called for ultra-light wings which would be attached to collapsible, rocket-propelled reconnaissance drones. These wings were never tested outside of a wind tunnel, and its materials would not hold up to the sulfuric acid in Venus’ atmosphere, anyway.

Developers also have to work in nearly a dozen instruments, crucial to VAMP’s surveying abilities, without weighing down the lightweight frame.

"We have a list of about a dozen instruments that people have proposed we fly…and we convened a science advisory board to help us define both the instruments and where the aircraft needs to be to take the needed measurements," Polidan said.

That advisory board is also busy answering another critical question VAMP faces: will flying so far from the surface even allow the aircraft to be scientifically valuable?

"VAMP could not answer all key questions," Robert Herrick, a University of Alaska-based surface specialist, told Space News. "Primarily, the platform would be for atmospheric science."

But even with those realistic expectations, Northrop’s aircraft could still answer many of NASA’s questions about the second planet from the sun using infrared sensors.

"That would tell you whether the surface is basaltic, has igneous rocks, things like that," Constantine Tsang, a research associate with the Southwest Research Institute, told Space News. "But you couldn’t do isotopic ratio measurements of minerals, for example, that rovers could be doing."

It’s worth noting that NASA’s New Frontier program may not even decide on Venus for its next goal. It’s a heavy favorite, but the program has also listed Saturn, the Trojan asteroids, Jupiter’s moon Io, and the polar regions of Earth’s moon as potential candidates.

Even if the target changes, VAMP’s lightweight design and portable nature mean that, with minor tweaks, the aircraft could be deployed into other planet’s atmospheres.