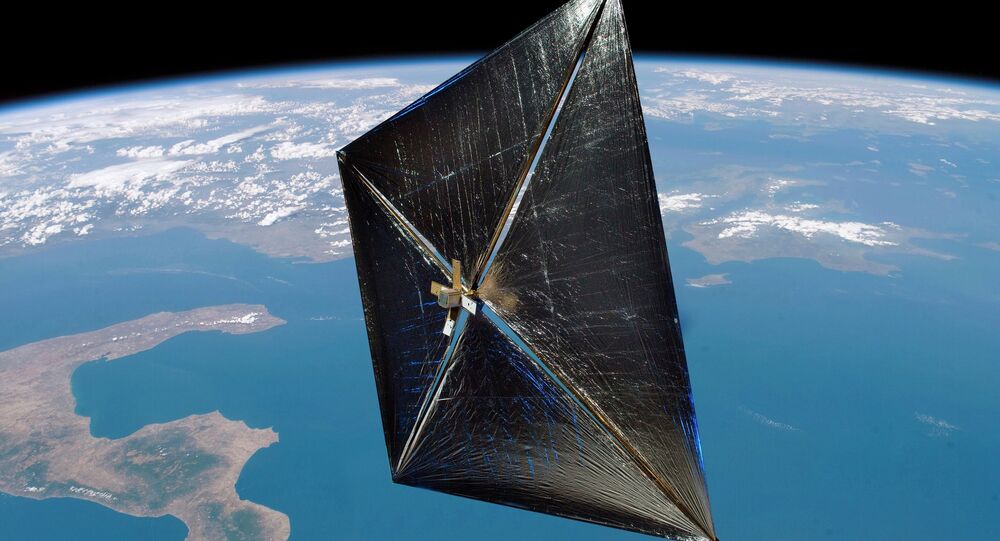 The exploration of interstellar space could rely on tiny probes known as "cubesats." Measuring, at most, 12 inches, the nanosatellites could be an economic new tool. But such small devices don’t need massive rockets, and NASA is looking for cutting-edge ideas for launching the cubesats beyond our atmosphere.

Your typical satellite doesn’t come cheap. To build a weather satellite capable of tracking a hurricane, you’d better set aside $290 million. Want that satellite to include a missile-warning system? That could bump you up closer to $400 million.

That’s why cubesats are so promising. The satellites are comparably tiny, comprised of either one, two, or three 4-inch cubes. Thanks to advances in electronics spearheaded by cellphone companies, cubesats contain a surprising amount of processing power, and cost a mere $3,500 each.

© NASA
Thanks to advances in electronics spearheaded by cellphone companies, cubesats contain a surprising amount of processing power.

We already have a few in Earth orbit as part of a test-run.

But launching satellites into space costs money, too, and nobody wants to spend the $100 million typical of most launches to hurl a robot the size of a Chihuahua into orbit.

To solve that quandary, NASA is looking for alternative methods of liftoff, and it’s taking that request to major commercial developers.

"We want to be that first customer, help mentor these companies and help get these small satellites [into] orbit," Mark Wiese, head of  the Flight Projects Branch of the Launch Services Program Business Office, said during a teleconference on Monday. "We’re trying to find a way to get to orbit at a lower cost."

The agency plans to award at least one "Venture Class Launch Services" (VCLS) to the best idea. The VCLS needs to be capable of lifting either 132 pounds of cubesats or two separate 66 pounds batches. The contracts will be granted by September 30, with an expected launch no later than April 15, 2018.

So what are we talking about here? Mini rockets? Cannons attached to high-altitude aircraft? Giant, high-powered slingshots? Probably not, but whatever NASA decides on could also help propel cubesats deeper into space.

"Right now, we want to get this demonstration [mission] out of the way, and work from that point on to see how we can use this in the future," Garrett Skrobot, mission manager with the LSP’s Educational Launch of Nanosatellites program, said during the teleconference.

In the meantime, the mission carries on. Two cubesats will hitch a ride with the Mars Insight lander when it launches in 2016. The satellites will help coordinate the lander’s descent to the red planet.

Other cubesats will also be used to study a near-Earth asteroid and the moon after stowing aboard the Space Launch System in 2018.

NASA’s using big ideas to explore a big universe, but that doesn’t mean the tools can’t be small.